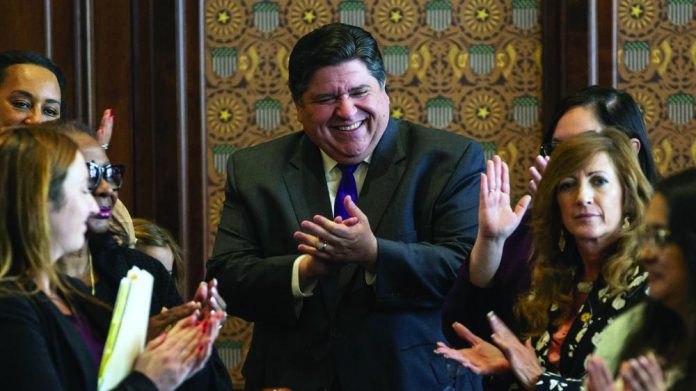 Illinois is to become the fifth state to legalise betting this year after both chambers approved a massive gambling expansion bill in the 11th hour of the spring legislative session.

In only the last month, Iowa, Indiana, Tennessee and Montana all signed sports betting into law. Illinois’ bill will now add another 12.8 million people to the legal US betting market, while approving half a dozen more casinos, online wagering, and doubling the number of gambling points across the state.

At the time of writing the Governor JB Pritzker (pictured) is still yet to put pen to paper, but has already announced his intention to sign the expansion having budgeted $217m from sports betting alone. The full fiscal impact of the package is pegged for a cool $12bn over six years.

After New York, Illinois is the most important state for the US betting roll-out. The only bigger tickets left (California, Texas and Florida) are still several years down the line, if ever.

Illinois, traditionally not proactive on gambling, was also expected to take far longer to get into shape for sports betting, but expansion came through at the last minute within a flurry of high profile policies (including the legalisation of marijuana) aimed at balancing the books and boosting public infrastructure.

Representative Mike Zalewski had been the driving force behind Illinois betting legislation this year, but was forced to step off at the end of May after declaring a conflict of interest and all his bills failing.

An unlikely turnaround was achieved by representative Robert Rita, who, on the final friday of the session, forged a compromise bill from Zalewski’s drafts, just as lawmakers were being told they’d be voting into the weekend.

By friday night the House was 87-27 in favour of Rita’s bill; by Sunday evening the Senate had approved it by 46-10. 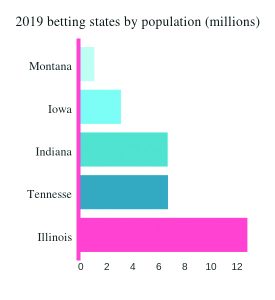 Pritzker hailed the legislative session as one of the most “ambitious and consequential” in the state’s history, breaking four years of gridlock between the former GOP governor Bruce Rauner and a Democrat-controlled legislature.

“For the first time in many years, we met our most basic responsibility in this state — a real balanced budget,” Pritzker said on the final day of votes. “A few years ago, just passing a budget was considered nearly impossible. But this year, by passing a balanced budget, we’ve demonstrated that a progressive, forward-thinking vision is in perfect harmony with fiscal responsibility.”

Tax revenues for the gambling bill, which allows for one large Chicago casino, six smaller suburban casinos, as well as slots in airports and race tracks, has already been slated for state construction projects, such as new roads, bridges and public buildings.

Sports betting licences will be available to tracks, casinos and sports venues, with licence fees based on revenues, ranging from $3.2m to $10m. Wagering is to be taxed at 15 percent, and players will have to register in-person for online betting during the first 18- months.

Question marks remain over bad actor clauses debated in the weeks leading up to approval. Certain key stakeholders requested that any firm found to have been operating illegally in Illinois, prior to the market launch, be denied a licence for the first three years.

The clause is specifically designed to exclude DFS operators FanDuel and DraftKings from the new market, who have both been present in the state for several years, arguing their product is a game of skill not chance. However, given at least one state judge has disagreed with the distinction, the DFS duopolies could be denied early entry.