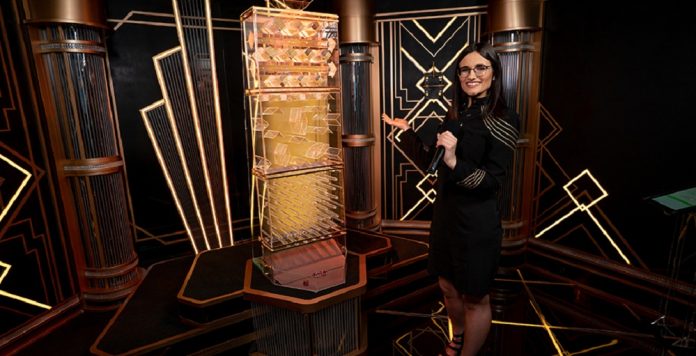 Evolution Gaming has added to its award-winning Lightning brand with the launch of an exclusive, all-new game called Lightning Dice.

The new release, described as “a simple yet endlessly entertaining dice game with electrifying random multipliers of up to 1,000x,” comes just a few weeks after Evolution introduced its Super Sic Bo dice game.

In Lightning Dice, three standard dice are dropped into a transparent ‘Lightning Tower’ by the game presenter. Camera close-ups then follow the dice as they tumble down through the maze-like sections of the tower. Players simply bet on what the total of the three dice will be when they come to rest at the tower’s base. Players may also bet on all 16 spots at once with the ‘Bet on All’ button.

Central to the game’s lightning theme are RNG-based random multipliers which can multiply winnings by up to 1000x. After betting time has expired, ‘lightning’ strikes between one and several random ‘Lightning Numbers’ on the betting grid. Each of these numbers is then given a random multiplier. If the player has bet on that number, their winnings are multiplied accordingly.

Evolution chief product officer Todd Haushalter said: “Everyone loves dice, plays with dice growing up, and understands how they work, yet there are no fun dice games in the online gaming world. We decided to change that by launching two dice games this year. The first was Super Sic Bo, which has been a runaway success, and now the ‘little sister’ of Lightning Roulette is here, and that is Lightning Dice.”

Haushalter added: “We went out of our way to keep the game simple but highly visual with a giant Lightning Tower where dice come tumbling down to make it possible to win big money. I am really proud of the teams who have worked on this as it is a really special game and is sure to be a smash hit with players.”