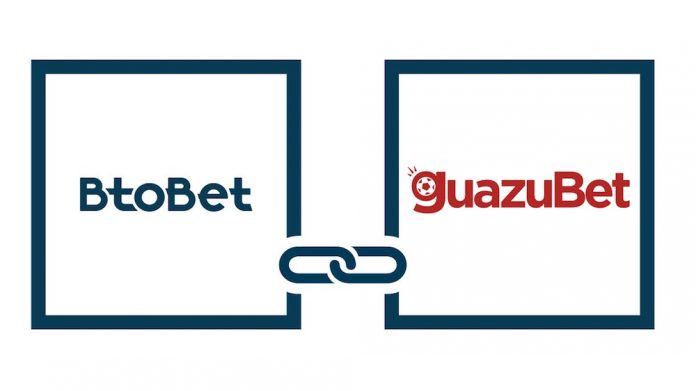 Wildar Gaming, BtoBet’s Certified partner for the Latin American region, has penned an agreement with GuazuBet, an Argentinian operator licensed specifically in the province of Misiones.

The agreement will allow the operator to make use of BtoBet’s platforms to deliver an optimal user experience to its fold of players. This has been the latest of a series of partnerships throughout this first two quarters of the year, which has seen BtoBet expand significantly its footprint particularly in the LatAm and African markets.

Focusing on setting a high standard of UX, GuazuBet will be delivering a diverse portfolio of offerings to its players based on local and international sports betting – including live sports events – and online and live casino.

Wildar Gaming’s General Director, Nicolas Enjamio, stated his satisfaction at the growth of BtoBet’s White Label Partnership Program in the Latin American region, a region that he expects to be hugely transformed in the next few years. He stated that the evolving nature of the whole region, not only from a technological but also from a jurisdictional point of view, requires deep knowledge at a local level.

An insight that is also shared by BtoBet’s CEO, Alessandro Fried, who stated that many operators have a tendency to err by adopting a single approach to the whole Latin American region. “This is obviously not the case,” stated Fried. “Each country in the region requires its own unique approach, not only due to the technological differences differentiating one country from another, but also from a player preference perspective. What applies in Mexico, does not apply in Argentina, and this is a fundamental principle that operators need to take heed of.”

He further added that it was due to the region’s unique characteristics that BtoBet has expanded its presence physically in the region. “Wildar Gaming constantly monitor the region’s evolving situation, making them an ideal extension for BtoBet across the whole of LatAm providing White Label Operators with the required guidance, and knowledge needed for their target market.”