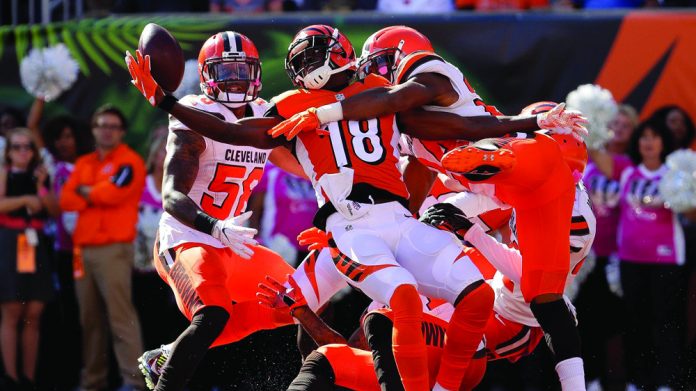 As the DoJ wavers on the future of the sector, the New Hampshire Lottery’s Charlie McIntyre and Spectrum Gaming’s Paul Sternberg, offer a robust defence of state lotteries’ right to survive – and even why they should play a leading role in the development of sports betting.

One year on from the repeal of PASPA and for most states it seems the question of whether to regulate sports betting has been a relatively easy one. What many are still yet to decide, however, is which stakeholders should run the show.

For panelists at a Town Hall event on gambling in New England, state lotteries were prime candidates in many situations to straddle both regulation and operation of betting.

While discussing the recent confusion of the Department of Justice’s opinion – that had seemed to throw the entire state-lottery sector into jeopardy – moderator Paul Sternberg of Spectrum Gaming pointed to lotteries’ record of integrity and public trust, making them deserving candidates for the job.

Ultimately lotteries in most states “should be the one running igaming, and more importantly sports betting,” Sternberg said.

“I think they deliver it with integrity. When you look at surveys of lotteries across the country, and public perception, they’re always the highest rated; higher rated than government officials and casinos, usually in the 70th percentile or higher.

Sternberg also pointed to the obvious appeal from a state legislature’s point of view, specifically that profits from lotteries go back to public programmes.

Although, “some lotteries are more capable than others,” he conceded, but could still opt to licence other operators “to come in.

“But lotteries should be the ones who oversee it.”

At the time of writing, lotteries ability to sell even lottery tickets is unclear. The DoJ’s January opinion of the 1961 Wire Act could be read as outlawing any bet whose transmission crosses state lines – therefore knocking out ilottery, and potentially even the retail lottery industry – both of which fund a significant amount of social programmes in many states.

As lottery bets are transmitted through satellite or cellular devices, “we have no idea” where that transmission travels to after it’s taken at the retailer on its was to the backend, Sternberg added.

“We have no idea where it could be going; outer space, over state lines? So that is a problem with the ruling: it was so broad. Basically if you interpret it literally you could outlaw lotteries. I assume that wasn’t the intent, but it’s important.”

Charlie McIntyre, executive director of the New Hampshire Lottery, and also co-plaintiff of the state’s appeal against the DoJ, explained the damage the ruling could do for educational programmes in the state.

Lotteries in New Hampshire date back as far as 1795, when Dartmouth College was first funded through a lottery. “So our commitment to education goes back centuries,” he argued.

Since the NH Lottery’s launch in 1964, it’s raised $2bn for local education. “The funding always goes on education – it has for the last 55 years.”

For McIntyre, the advent of sports betting should be no different.

“The activity has been underground for decades,” he added. “What’s wagered legally is the tip of the iceberg. You’re talking somewhere in the neighbourhood of $400bn a year. So regulation makes sure everyone gets paid.”

A former prosecutor of organised crime, and a stickler for the rules, McIntyre also confessed to reluctantly shutting down the office sweepstakes on events such as the Superbowl. But said from his experience in law enforcement taught him that without transparency, bettors are often the ones who lose out from offshore bookmakers running away from a bet.

Whereas the “transparency of the state government is complete”.

“Every letter I send is a public record, it allows for a transparent operation of business. If you want to gamble if you have a complaint, you know where our office is.”

And few organisations are as accountable as lotteries. “We are in the state house, if it’s not daily it’s more than daily. There’s a level of control that the legislature knows they have with us. If it goes too far or we run too fast with decisions, we’ll be called in and asked to bring that back.”

“So I think some levels it’s a matter of trust,” he concluded. “I certainly think there’s an opportunity for lotteries to be the operators, but also contract out aspects of it so that the profitability as well as the operation is done with the best methods.”