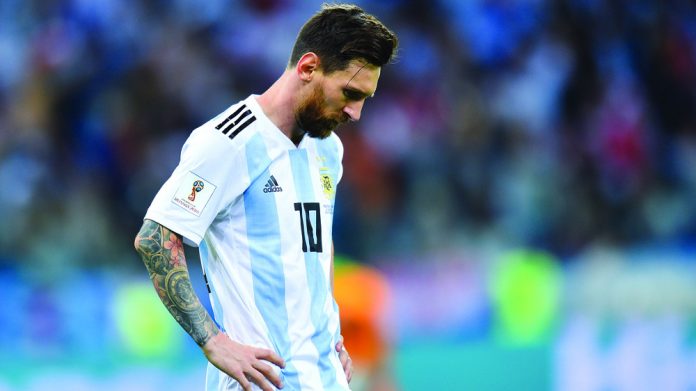 As the province of Buenos Aires becomes the first to legalise online gambling in Argentina, hopes are that others will follow in its footsteps. iGaming Times talks with Tomas Enrique Garcia Botta, local gaming lawyer at Marval, O’Farrell & Mairal, about the journey towards an open market, and the stakeholders vying for a cut.

The move not only brings regulated play to 18 million Argentinians but is widely hoped to trigger a domino effect of smaller neighbouring provinces following BA’s example.

Much is yet to be decided however, with the finer details of the licencing regime yet to be announced, and sport stakeholders who, having not been consulted, are now seeking additional concessions on top of an already stretched margin.

First of all, the tax rate is much higher than many had originally been assumed. What was slated as a 15 percent base rate on all online gambling products (which include sportsbooks, casino, horse-racing and virtual sports) is now significantly higher at 25 percent.

So far the licensing criteria includes 20 requirements, such as industry experience, data security and financial capacity. Applicants must also be able to show strict plans for responsible gambling and self-exclusion, and marketing that does not target minors.

However, the country’s football leagues, namely the Superliga and Argentine FA, are slighted at not being consulted on the matter, and are already threatening to derail proceedings if they aren’t financially compensated.

League bosses claim the gaming reforms are unconstitutional – given that the Cambiemos government instilled a new ‘National Sports Agency’ in January, which awards it authority on “all Argentine games of chance”.

Nicolas Russo, President of Lanus FC and a member of the AFA’s executive committee, said the league is planning on presenting an “alternative” model for gambling reforms to the Buenos Aires government – one that includes some form of formal compensation for football.

In chilling words, Russo said: “We do not rule out taking some measures of force.”

“It is not serious or fair to use football matches to bet, and that clubs do not charge a peso. Nobody consulted us on anything. We should be allowed to make a presentation to those who are driving reforms.”

But with the state already demanding 25 percent of revenues from operators, there may not be much more to go around.

iGAMING TIMES: How did the tax rate go up from 15 from 25 percent?

TOMAS GARCIA BOTTA: I’m afraid it was not a last minute change. The 25 percent rate comprises more than tax. Turnover tax rate is 15 percent. In addition eight percent will be passed to the Municipal Townships and the Province of Buenos Aires’ Treasury, and an additional two percent administrative fee will be passed to the regulator (the Buenos Aires Provincial Institute of Lottery and Casinos) and the remaining 15 percent is actual tax (Turnover Tax in force in the Province of Buenos Aires). To this overall 25 percent you will also need to add taxes in force at a federal level (such as Income Tax, etc).

iGT: How will the higher rate affect the success of the market, and could it impact on whether other provinces will follow BA in opening their markets?

TGB: I think the high tax rates may put some pressure over potential operators, who will have to analyze thoroughly the potential of the markets to be opened before joining the tender offer processes. However, the decision of other jurisdictions falling in line with the Province of Buenos Aires and the City of Buenos Aires will depend on the results of the tender offer processes and on whether these markets meet the estimations.

iGT: Argentina’s football leagues are apparently aggrieved at not having been consulted, and are now pushing to suspend the reforms. Do they have a constitutional argument here?

TGB: Not really. Competence to regulate online gaming/gambling belongs to the local jurisdictions and they are not obliged to give football clubs a participation in the process or the proceeds. In my view football clubs or any sport clubs may have intellectual property claim if the operators used the badges and names without their authorisation. I guess this is something that will be negotiated between the regulator and the clubs.

iGT: Could they win concessions in any case, such as the integrity fees leagues have been after in the US?

TGB: This will depend on the results of any measure clubs may adopt in the event they received no participation in the proceeds of online gaming/gambling. If the clubs are able to affect operators’ businesses, they may win some concessions from the regulator.

iGT: Are there any other stakeholders in the mix who may manage to warp the final regime?

TGB: Another issue that has not been tackled by the regulator of the Province of Buenos Aires is the participation of lottery agencies in connection with online gaming/gambling. This is an issue that may affect this whole process if it is not tackled timely and properly by the regulator.