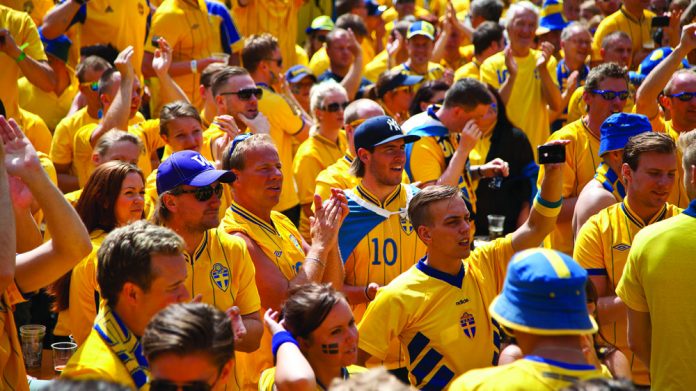 With Sweden’s civilian minister Ardalan Shekarabi recently stating online regulation “should have happened already 20 years ago,” the government is clearly keen to see the new sector thrive, however as with all young jurisdictions – instant success is not a guarantee.

As of 1 January this year, new online regulation came into force in Sweden, opening the doors to international operators keen on securing a licensed part of the country’s $1.8bn market, while establishing a level playing field for Sweden’s own operators.

Though bringing its regulation in line with EU free access directives could have spelt trouble for the stateowned monopoly Svenska Spel, Maria McDonald – founding partner of Swedish legal firm Nordic Gambling – has observed that so far, the regulation is much appreciated.

“The re-regulation is a success,” said McDonald. “We have seen 64 operators receiving licences in the competitive market (42 commercial online gambling and betting, two betting and 20 online commercial gambling.) It seems feasible to reach the target of 90 percent channelization within two years.”

“The regulation was inevitable since the market has been ‘grey’ for many years, with foreign companies targeting Swedish consumers with online gambling sites. As such, the regulation is well received.”

Though a popular move, the re-regulation brings its own set of challenges, and as with any newly regulated market, there are areas beyond legal theory where issues can only be highlighted by implementation.

“The Gambling Act is a framework legislation and therefore it is natural that there are areas where interpretation is needed from the Gambling Authority and/or where case law will develop.”

“At the moment, operators are experiencing uncertainties in particular when interpreting the requirement that marketing shall be ‘moderate’ and they find it difficult to know exactly what measures that could constitute a bonus (where only welcome bonuses are permitted.)”

The new regulation is designed to grant both operators and players a clean slate, and therefore assumes all registrations are new, something which might appeal to operators intending to implement extensive and attractive bonus schemes.

“Personally, I am not so fond of the bonus restriction as it has been implemented. It says that operators may only offer a bonus the first time a player uses one of the operator’s products. The intention is novel and aims to protect players from unrealistic bonus schemes.”

“However, the provision risks creating the opposite effect. The risk is that players shop around with different operators to receive new bonus offers instead of staying loyal with one operator, giving such operator the chance to follow the player’s gambling pattern, detect signs of problem gambling and follow up accordingly.”

However, the matter that is causing the most friction between operators and authorities seems to be the increasingly controversial presence of gambling advertising in the public sphere.

“There has been a lot of criticism related to marketing of gambling products. Particularly advertising on TV and in social media has been met with criticism from the government, who have described it as both unacceptable and unsustainable.”

Referring to a recent statement by the minister for public administration Ardalan Shekarabi that claimed “gaming advertising is increasing in both scope and aggressiveness,” causing “an unsustainable development,” McDonald notes how marketing has become a point of legislative focus for the government.

“Shekarabi has threatened tighter legal restrictions around advertising. The minister of public administration has said that he is looking into all options, including a total ban on gambling advertising such as has been implemented in Italy.”

“He has at the same time said that this is his last option. There are many steps left before an advertising ban or restrictions can be implemented into Swedish law and it is too early to say what final shape it will take.”

What the future holds for the marketing side of gambling in Sweden is hard to predict, with operators presumably content to see marketing budgets slashed, if both for themselves and rivals alike.

One thing that is certain is that, despite concerns, Svenska Spel and ATG are yet to see the predicted downturn after market expansion, something that should reassure the government it made the right decision.

“According to number reported to the Tax Agency, Svenska Spel and ATG (i.e. the former monopolies) were by far the biggest gambling operators in the market in January 2019,” added McDonald. “They seem to be doing well.”