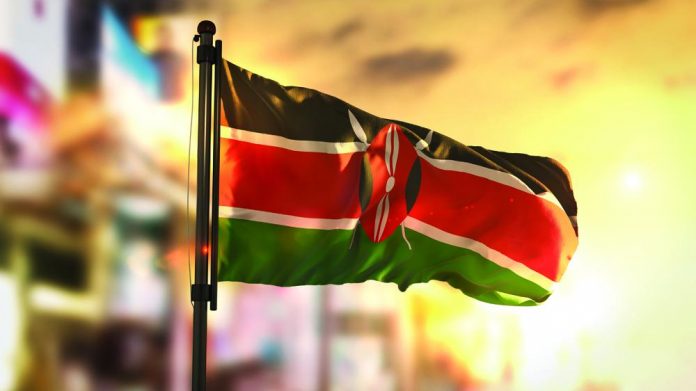 As a furore rages in the country over youth betting figures, Kenya’s prime minister is attempting to forge ahead with a three-pronged attack on gambling that includes hefty taxes levied on operators, sweeping changes to advertising laws and a tax on players’ winnings. Last month, however, the government hit a snag as the Kenyan senior resident magistrate questioned the lawfulness of deducting a fifth of consumers’ winnings.

Kenya’s pejorative gambling tax policies have been the subject of heated debate in the country for the past few years, but now the government could be facing one of its biggest challenges yet.

Last month, the chief magistrate’s court refused the government’s request to lift an order which bars betting companies from collecting a controversial 20 percent winnings tax on the Treasury’s behalf.

The order was put in place by Kenyan senior resident magistrate Dennis Kivuti in response to a civil case put forward by local bettor Benson Irungu.

In May 2014, Irungu won around 2,400 Kenyan shillings (€214) after a successful bet with local operator SportPesa, and subsequently filed a case to prevent mobile payments platform M-Pesa from deducting the tax from his winnings.

In response to his suit, the magistrate’s court filed an order “restraining the defendant (SportPesa), its agents and/or servants from making any deductions on the plaintiff or on any person’s winnings in a bet or game of chance pending hearing and determination of the suit herein.”

According to the Kenya Revenues Authority (KRA), the order has effectively put a stop to the enforcement of the betting winnings tax by inhibiting the ability of operators to withhold 20 percent of winnings from their customers.

“The effect of the said order is that the KRA is unable to collect approximately Sh2.7 billion (€23.9m) per month,” wrote Paul Matuku, the KRA’s acting commissioner for legal services, in a memo. This money, he said, was intended to “finance sports, art, culture development and universal healthcare.” Rejecting the KRA’s request to remove the order, Kivuti said that the plaintive had requested more time to prepare his legal response to the government.

At present, it is unclear how local operators will reconcile the tax demands of the KRA with the current legal impasse that prevents them from withholding winnings from customers. In a statement put out in late April, however, Sportpesa suggested it would continue to comply with the government’s legislation.

“As Sportpesa, we reaffirm our commitment to supporting the government’s economic development agenda by operating as a law-abiding business that is committed to tax compliance,” wrote CEO Ronald Karauri.

For Kenya-based operators, this latest legal battle is just one more element of confusion in an ongoing saga around gambling taxes. In July 2017, the government shocked the industry in with their decision to levy a uniform 35 percent tax on operators. Following months of debate, they then performed a dramatic U-turn in September 2018 that saw the rate reduced to 15 percent.

After six months of respite, the KRA then revealed it was mulling over plans to implement an additional 10 percent excise duty on licensed betting operators in the country.

Meanwhile, the implementation of the winnings tax has taken an equally circuitous route. Originally introduced several years ago, it was scrapped in 2016 and then reintroduced in autumn last year to compensate for the reduced tax rate levied on operators.

In recent weeks, the government has attempted to take further measures to clip the wings of the local betting industry by introducing sweeping reforms to advertising laws.

On 30 April, Kenya’s Betting Control and Licensing Board (BCLB) announced a series of tough new restrictions including a blanket ban on televised advertising between 6pm and 10pm, a ban on social media advertising and a move to prohibit betting firms from employing celebrity brand ambassadors.

In print and billboard advertising, gambling companies will also be required to dedicate at least a third of the total space to warnings about the risks of gambling, including its potential addictiveness. Starting this month, all advertising must be submitted to the BCLB for screening before publication.

Justifying the new measures, BCLB acting director Liti Wambua said the regulator “has a duty to protect its customers, members of the public, the young and vulnerable” from potential gambling related harm.

“We wish to remind you that gaming is a demerit good and all demerit goods have the potential to harm the customer with the possibility of leading to addiction as well as some disorder,” he added.