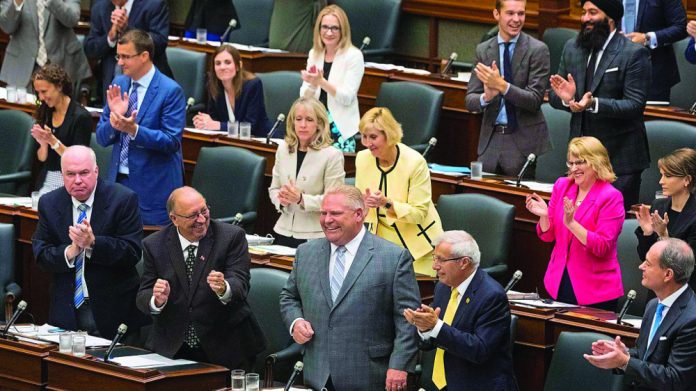 Ontario is to end its monopoly on online gambling, in a bid to channel millions of players away from the black market and towards newly-licensed operators.

In the 2019 Budget released in April, the government estimated as much as C$500m was being wagered online each year – the vast majority of which is being spent with illegal offshore firms.

As a result policy-makers said they wanted to ensure “the people of Ontario have access to safe and legal gambling options” by establishing a “competitive market for online legal gambling that will reflect consumer choice while protecting consumers who play on these websites.”

The newly opened market will include sports betting and casino-style games, and follow the US in making single-event sports betting legal. But the government added that its first step would be to consult local stakeholders to work out how to shape and develop the market.

The development is unprecedented in Canada, whose provincial governments traditionally serve as the sole vendors of gaming – even holding monopolies over alcohol distribution.

The dramatic shift is being driven by the newly elected premier of Ontario, Doug Ford – a controversial figure who often inspires comparisons with US president Donald Trump.

Ford’s Progressive Conservative government also announced plans to loosen historically tight restrictions on alcohol for Ontarians, such as allowing bars to sell liquor from 9am, and let private stores sell beer and wine.

“Alcohol reform is something long-desired by the people of Ontario,” the budget statement read. “The government is committed to respecting adult consumers by trusting them to make responsible choices that work for them.”

According to Danielle Bush, gaming lawyer and partner at Toronto-based Miller Thompson, Ford’s rise to power was as unlikely as it was divisive – but his plans for the online gaming market will certainly prove beneficial for the state.

Ford was “a distinct outlier”, said Bush, “who surprised many people in the province by, first, being elected as the leader of the provincial Progressive Conservatives, and second, by then winning a landslide majority.”

“He and his brother Rob Ford (now deceased) are well-known both within and outside of Canada for their audacious approach to governing. If a proposal looks like it will generate revenue, they will do it whether or not there are legal barriers to that initiative.”

However Bush felt the “only likely resistance” will come from the states’ monopoly operator, Ontario Lottery and Gaming, who could suffer job losses from open competition.

Its PlayOLG website is currently the only place to gamble legally online in Ontario, but rough estimates suggest it captures only around ten percent of the market – the rest of which is offshore. “While I have not looked at the numbers,” said Bush, “I can guarantee you that it has not done well in comparison to any competently run private online gaming site.”

Other potential stakeholders, such as the NBA, have come out in support of the proposals, “subject to appropriate safeguards,” said the league’s commissioner Adam Silver.

Ford’s proposal would create the only open framework for online gambling in Canada. Some, like British Columbia, have channelled play to their monopolies by having European operators run their site. But their success has been limited.

For Bush, Ontario’s “radical proposal to license, regulate and tax private online gaming operations would be far preferable to a very restricted and government-controlled gaming portal such as one might see in BC.” “Say what one may about other Ford initiatives,” she added. “This move is very practical and, if it moves forward, will certainly generate a great deal of revenue for the province.”