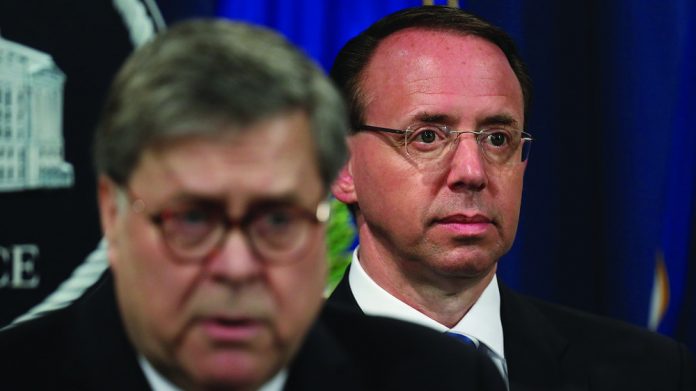 As the US Department of Justice further complicates its own interpretation of the Wire Act, a federal judge predicts the case could follow PASPA to the Supreme Court, leaving billions in state-run lottery revenues in jeopardy.

After a month of supposed clarifications on the US Department of Justice’s reinterpretation of the 1961 Wire Act, state-run lotteries are still none the wiser if their activities are illegal.

Hearing New Hampshire Lottery’s appeal of the opinion – which ostensibly outlaws any gambling-related transmissions that cross state lines – Federal Judge Paul Barbadoro said the Wire Act was “a mess of a statute” lending to multiple interpretations, and predicted the case would follow PASPA to the US Supreme Court.

According to an AP analysis, states stand to lose $220m in annual profits if the DoJ considers ilotteries to be illegal – or more than $23bn “if the agency takes a broad interpretation that would prohibit all lottery-related activities that use the internet, including popular games like Powerball.”

For the courts to proceed, Barbadoro gave the DoJ 14 days to clarify its own interpretation, specifically on whether the word “whoever”, as written in the Act, applies to lotteries or not.

The DoJ’s response was simply that “the New Hampshire Lottery Commission fails to demonstrate” why it should not be prosecuted under the Wire Act, or why it should fall under the definition of “whoever” – therefore giving NH “no standing” for appeal, while avoiding having to clarify its own position.

The result has been to kick the issue further down the line. As one lawyer for the plaintiffs put it: “Desperate to avoid judicial review of its radical reinterpretation of the Wire Act, DoJ now is backtracking from the clear import of the reversal of position that it supposedly had so carefully considered.

Furthermore, this “eleventh-hour statement” that it “may or may not further revise its interpretation of the Wire Act only underscores the arbitrariness of the reversal of DOJ’s long-held position that the Wire Act addresses only sports betting activities.”

According to Samantha Haggarty, associate attorney at Duane Morris, by simply denying NH’s standing for an appeal, the DoJ is seeking “to avoid a decision in a circuit with unfavorable precedent and to avoid a judge who has expressed skepticism about its new interpretation.” Subsequently the saga has no end in sight.

Meanwhile, the DoJ’s deputy AG, and sole signatory to the problematic opinion, Rod Rosenstein, resigned at the end of April, after a fraught relationship with President Donald Trump.

Rosenstein took over responsibility for the Wire Act after his superior Jeff Sessions was forced to recuse himself of the matter: Sessions’ lawyer and friend Charles Cooper was in fact chief lobbyist for Sheldon Adelson’s Campaign to Stop Internet Gambling (CSIG) – who had been lobbying Sessions to deliver the very same opinion that Rosenstein ultimately put his signature to in November. 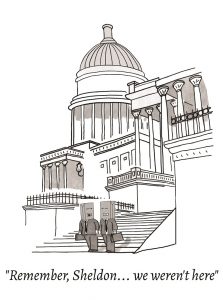 After various state AG’s wrote to the DoJ demanding they release all communications between officials and Adelson or members of his lobby team – then acting AG Matthew Whitaker assured the process had not been corrupted.

Adelson, through a spokesperson, declined to comment on whether lotteries should be banned. But his lobby is now back in the frame, submitting its own amicus brief arguing that legal precedent is clear: “whoever” means everyone and everything – whether states, individuals or institutions – meaning state-run lotteries are illegally operating online gambling.

With Rosenstein’s departure, it’s unclear how or why the DoJ will proceed with its unpopular reinterpretation. But as the US electoral cycle moves back into fundraising mode, Adelson – the Republican Party’s largest donor for the last two elections – could have some sway on the appointment of his predecessor.