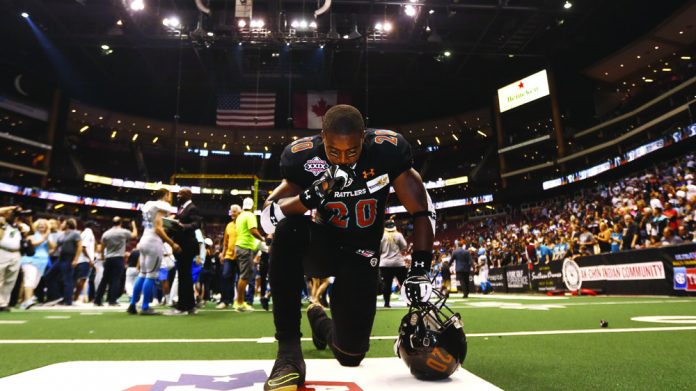 Sports media panelists at an ICE North America webinar discuss how PASPA’s repeal can revive sports engagement among an impatient younger demographic – and the role new media can play in shaping a better betting experience.

Legal betting has come at just right the time for US sports, said executives at an ICE North America webinar, as shorter attention spans leave leagues and broadcasters struggling to keep fans tuned in.

The average viewer of the NFL has risen to over 50; subscriptions to traditional sport networks such as ESPN are falling through the floor and; with the exception of the NBA, America’s major leagues are seeing a steady decline in ratings. The life-blood of sports: advertising revenue, is in short supply.

John Adams, president of the Arena Football League says new technologies have fostered a less passive and less patient younger demographic – but thanks to the advent of regulated sports betting, they can now also become part of the solution.

The Arena League – an indoor version of American football with a smaller pitch and rules that encourage faster, more offensive and higher scoring play – is built around boosting fan engagement. Seats are closer to the field, balls routinely fly into the crowd, players are encouraged to talk to fans and sign autographs after the game

“It’s part of our mission that players engage with the fans,” said Adams. “Now with technologies in gambling it enables us to continue on with our mission, with a new vision.”

The Arena League’s aim it “to dive right in” he added, “and gamify the whole experience – ideally every single play” with additional streams of in-game information, live analysis, and in-play odds.

“The timing has come together perfectly. It all ties in together with where the world is today.” “As we come into an era of shortened attention spans […] people need to be engaged constantly to remain focused on one thing, and as gambling is integrated into the game, we can keep people engaged through the entire course of the game.”

Other panelists from sports media outlets echoed similar sentiments, recognising the crucial role they can play in combining sports and betting data for fans.

Few sports media companies ever doubted their viewers were betting before PASPA was repealed, but while betting was illegal many turned to offshore unregulated operators for referral income, betting data and odds – often at huge commercial risk.

With betting now brought into the light, “credible content” is more available, and media companies can easily branch out into the legal betting space with legitimate partnerships.

“Sports betting is tough business. There aren’t a lot of people that do it well. And there are even fewer willing to share their secrets of how they do it well. So identifying the right content creators is one of the big challenges.”

Having found the right partners, Aubrey Levy, VP of marketing and partnerships at the web and app based sports media outlet, TheScore, argued that media channels are better placed than pure operators to create a more sports-centric and experiential way to gamble.

“To offer the best experience the bet needs to be more than a just a transaction; the vast majority of sportsbooks are purely transactional platforms,” said Levy.

While many operators are “working feverishly to add levels of engagement into their platform to keep fans betting further,” he added, “this doesn’t fulfill the underlying sports behaviour.

“These are fans who are having robust sports experiences of which the bet is a component – it is not the exclusive be all and end all.”

TheScore has over a million users, who on average engage with the app 100 times per month, but many of whom will have never placed a bet before. So to engage them in betting, without simply “dropping them” into a third-party sportsbook “which is not going to be the best experience for them”, The Score has decided to become an operator.

Since securing a market access partner in New Jersey, and tech partner in BetWorks, The Score will become the first US media company to also run its own sportsbook, says Levy, with full control over the combination of, and transition between, sports and gambling.

“There a lot to be said for nuance,” he added, “and focusing on what your users are asking for; really focusing on that product experience.”