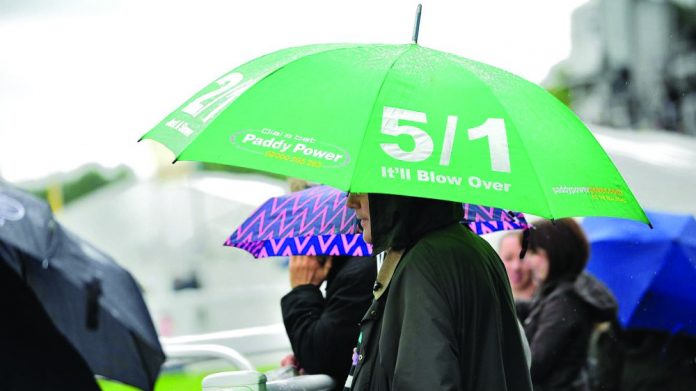 After reporting another strong year of growth and major strides into the US market, Paddy Power Betfair says it will be rebrand to Flutter Entertainment – as it continues to bring new brands under the umbrella.

Irish bookmaker Paddy Power is to take the name of a brand of its formerly acquired subsidiary, in a bid to boost brand recognition across the Atlantic.

Subject to shareholder approval, the group will be known as Flutter Entertainment as it continues to acquire smaller brands in the US.

Betfair acquired Flutter in 2001, some 15 years before it ultimately merged with Paddy Power to become the largest listed online gambling company in the world.

CEO Peter Jackson said part of the logic was to simplify the title. “It’s confusing enough when Paddy Power and Betfair compete,” he said – which will become ever more complicated with a greater number of other brands, such as FanDuel, all existing under the same umbrella.

Jackson said that while Flutter would be looking to acquire more brands in the US and elsewhere under the new banner, he was “not going to show our hand at the moment”. But given the lack of share buybacks announced with the last set of full year financials, Barclays analysts suggest it may be piling cash for more purchases in the near future.

For 2018 the firm saw net revenues up by nine percent to £1.9bn, however pre-tax profit fell by 11 percent to £219m due to heavy investment in the US.

The firm snatched up one of America’s DFS duopolies, Fan- Duel, almost immediately after the Supreme Court announced the repeal of the sports betting ban – for a highly competitive price tag. It also bought Draft, a smaller DFS firm, in 2017 for $48m.

The firm plans further investment in the US to build on its already competitive position.

“The faster we grow the more money we lose initially but we’ll make bigger returns,” he added. The firm is already dominant in New Jersey through partnerships secured in 2013. Jackson also said Paddy Power was particularly well placed to corner revenues in New York – which is expected to be the largest betting market in the US for the foreseeable future – after becoming one of only four firms to be awarded a licence there.

Native rivals Bet365 will join them, having signed a 20-year partnership with New York-based Empire Resorts, as well as GVC, through its $200m joint venture with MGM. The firm also said it will renew its focus on emerging markets to offset risk in those mature markets with tightening regulations, namely the UK and Australia.