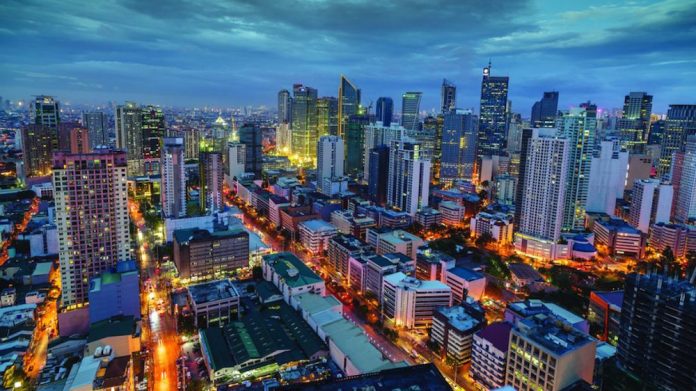 Speaking at an ICE VOX event in London, Andrea Domingo, CEO of the Philippines’ regulator PAGCOR, gives a staunch defence of the country’s gambling policy – and its controversial status as both operator and regulator.

The Philippines regulator is often criticised for a conflict of interest: simultaneously running its own land-based casinos, while regulating the operations of its competitors.
In a rare public appearance from Andrea Domingo, chair and CEO of the operator-cum-regulator, PAGCOR, updated delegates to ICE VOX on the regulator’s recent achievements, while offering a lengthy defense of the somewhat controversial status quo.
PAGCOR is today the third largest revenue generating body in the Philippines, she explained. Since its beginnings in 2016 has overseen a more than doubling in annual revenue – partly its own gaming yield and partly the fees of its licensees.
It currently operates 44 casinos, typically far smaller than the handful of multi-billion dollar Integrated Resorts it regulates. It also monitors more than 800 private egaming and ebingo parlours across the archipelago – as well as 57 POGO licensees that operate offshore online gaming.
“People ask me if there is a conflict of interest between being a regulator and an operator,” Domingo explained. “I say: no. Being a government corporation we are 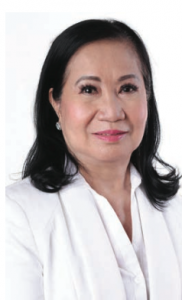 regulated by the ordinary laws of procurement.”
Often accused of enjoying undue advantage thanks to unbridled access to state funds, Domingo assures that the purse strings are controlled far more tightly than in the private sector.
“We have our commision and udit, who can arbitrarily tell you you’re not allowed to spend that, and if you already spent it you’re issued a notice of allowance and you have to pay it back. So you have to be very careful what you do with government funds.”
In any case, Domingo argues that its licensees are not direct competitors, because the market is split more naturally between those players that PAGCOR serves – the local, more casual market – and those that gamble in the private resorts.
“Because of the mentality of the Filipino mass market. we have repeat players who feel comfort- able. We’re small enough, we have rapport between the dealers, operators and the people who frequent our premises,” she explained.
“One of the big IRs told us they’d like to buy up all our casinos, close them down and get our clientele. I said: if you do that you’ll just lose money, because you won’t get our clientele. That’s our niche and it can only be filled by PAGCOR.”
Indeed rather than a conflict of interests, Domingo sees significant advantage at working across both sides of the house.
“I think it’s better to know how to manage a casino and then go on to regulating it,” she explained. “if you know how it works and what kinds of activities and decisions are made, you know the critical areas you have to watch.
The big IRs are “so huge”, she added, that “if you make everything an issue, you’ll never get a day’s work done. But if you know where to watch and what to measure you’re more effective and on a daily basis you’re able to assess how well you’re doing.”
Domingo also defended the Philippines’ admittedly unusual open approach to gambling policy for a Catholic country.
“The very big danger of not legalising gambling is that the illegal gambling lords become very powerful, and they can select who sits in the local government elective offices. And if that happens then you have no control. It’s like a having a narco-political system, only here it is an illegal gambling-political system.
“So I think our past administration have been right to see how dangerous illegal gambling can be. So it was a very good decision, even though we are Catholic.”
Domingo disclosed that three pillars of PAGCOR’s mandate from president Rodrigo Duterte does put some limits on gaming growth to disincentivize the mass market.
“Firstly, there should be absolute fair play: never run away from a bet. Second, there should be a level playing field so that all licences have the same provisions.
“And third: it must always follow the rule of law, and our acts and decisions must always serve the public interest of the Philippines.
“For this reason we do not encourage mass market. We are anti-proliferation where it serves the lowest level of the economic ladder in our country.
“So we have determined that in 11 places, huge cities and municipalities, ebingo stations have reached a saturation level, and we are no longer issuing licences in these places – mostly metropolitan Manilla.
“For egames there’s still room,” she added. “But we are counting.”