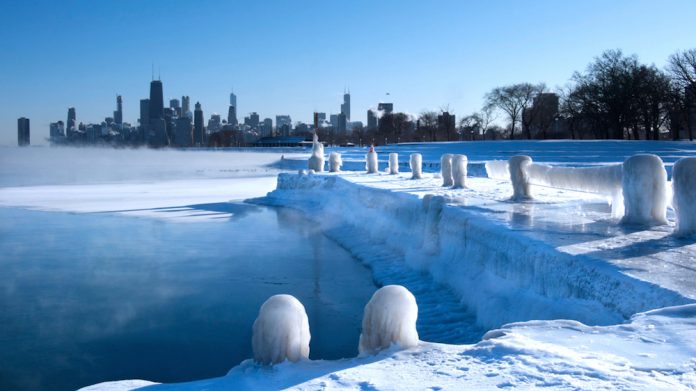 Michigan state representative, Brandt Iden, and author of the recently vetoed Lawful Internet Gaming Act, explains why he’s undeterred by last month’s legal spanner from the Department of Justice – and will be introducing updated legislation before the spring.

As one of his final acts in office, Michigan’s outgoing governor, Rick Snyder, vetoed a sports betting bill just before Christmas – regardless of its substantial bipartisan support.
To make matters worse, the Department of Justice has since issued that already infamous reinterpretation of the 1961 Wire Act – throwing up all sorts of questions over how sports betting can legally be rolled out how this will impact states’ roll- out of new legislation.
Yet according to Snyder’s state representative Brandt Iden – author of the vetoed Lawful Internet Gaming Act – Snyder’s parting shot may only have delayed the inevitable, and his fellow lawmakers are unlikely to be deterred by last month’s federal interjection.
Firstly, Iden’s bill passed by wide margins in both the senate (35 to 5) and the house (71 to 35) before it made its way to the governor’s desk. And the incoming governor, Gretchen Whitmer, said in her campaign she would support regulated betting.
But Iden himself has played down the impact of the Department of Justice’s opinion, and says the legislature can expect new versions of 2018 bill to be submitted any day now.
“I don’t think this is going to impact on efforts to move forward at all,” he explained.
“First and foremost, this is only an opinion, that’s all it is, and it will take some enforcement. And I’m not sure that the federal government has the desire to start fighting the states on this again.”
Michigan would be boon for the betting sector. With over ten million residents it is the top tier of US states. The state already has three commercial casinos, 23 tribal casinos, and “a very robust ilottery” generating a “tremendous amount of revenue”.
Sports betting and online gaming is the logical next step for state, that knows how to regulate gaming and could do with the additional tax receipts.
“We’ve seen the revenues come in for New Jersey, and that’s just the beginning – we haven’t seen the revenues for the Superbowl yet,” said Iden.
“But my colleagues in the state are saying we recognise this isn’t just about the revenue, it’s also about the consumer protection. As it’s already going on in the marketplace, is the federal government really going to step up and challenge us? At the end of the day, probably not.”
Notwithstanding, Iden’s bill was careful to limit any legal conflict with a potential fresh interpretation.
“When we originally addressed the Online Gaming Act of 2018, we used explicit language to state that – because of our constitutional concerns – servers and other technologies would only be located within the walls and confines of brick-and-mortar casinos within the state – sort of modelling New Jersey’s legislation.”
“I believe that is key. As a legislature all we can do is write in such a way so that we can meet any sort of legal challenge to the best of our ability,” he added.
“But if I was a betting man, and I am, I would say that, no matter we do, there will probably be a court challenge going forward.”
Another potential chill on state legislators is the prospect that congress will intervene with new federal legislation to clear up the mess.
“What we’re seeing in DC, is that this is not something that I believe is really on the minds of folks at the moment when they’re dealing with so many other things,” said Iden.
“It comes back to a simple states’ rights issue – and that surely was the whole point of New Jersey getting into this: to say that states control gaming; states have always control gaming.”
Beyond the determination for states to continue making their own gaming laws, the long history of states doing so makes any federal law a logistical nightmare. Iden highlights the myriad of unique challenges, legal precedents and the matrix of gaming stakeholders in each state, that any attempt at universality would have to contend with.
“I’ve got three commercial casinos in Michigan, and 23 tribal casinos. A constitutional amendment allows those three commercial casinos, and then 23 very unique compacts,” he added.
“In gaming, federal law may or may not help the problem, but the likelihood is that it’s just not there.”