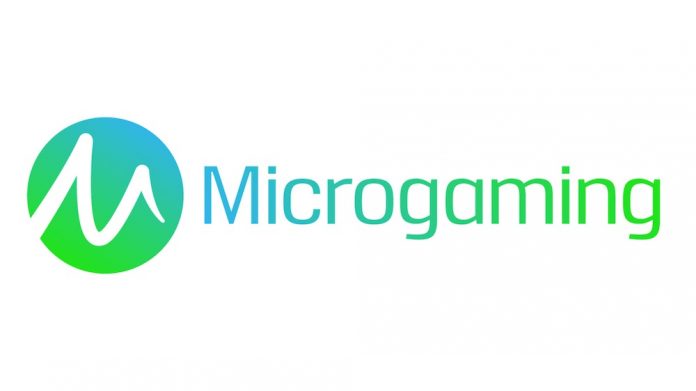 Microgaming, through its CSR initiative PlayItForward, has donated £30,000 between four charities as part of its 2018 Gift of Giving campaign.

Gift of Giving provides key customers and contacts of Microgaming with the opportunity to vote for one of several charities in their region. In lieu of Christmas gifts, £30,000 is split equally between four global regions: Isle of Man, UK and Europe, Africa, and Rest of the World.

Running in December 2018, the sixth annual Gift of Giving took total donations through the campaign to £180,000.

In the 2018 campaign, the charities that received the highest number of votes in each region were Heroes on the Water (Isle of Man), Teenage Cancer Trust (UK and Europe), Save the Rhino International (Africa), and Médecins Sans Frontières (Rest of the World).

Kate Moughtin, Senior CSR Manager at Microgaming, comments: “Over the festive season we asked our customers and contacts who they would like us to provide a charitable donation to, and I am happy to announce that they voted for Heroes on the Water Isle of Man, Teenage Cancer Trust, Save the Rhino International, and Médecins Sans Frontières, with each charity receiving £7,500. Gift of Giving has been running for six successful years and it is fantastic that Microgaming has now donated a total of £180,000 to a number of worthy causes. Thank you to everyone who took the time to vote.”

Heroes on the Water Isle of Man was launched in 2014 as a fundraising partner for Heroes on the Water UK, which offers military veterans the unique therapy combination of the physical challenge of kayaking combined with fishing and the relaxing effects of water to provide rehabilitation and integration for its members.

Chairman at Heroes on the Water Isle of Man, comments: “A big thank you to Microgaming for including Heroes on the Water in the Gift of Giving campaign for 2018 and to the amazing people involved – we feel very honoured to have won the Isle of Man vote. The financial donation will help transform our new training base and ensures our continued operation on the Isle of Man, an absolutely vital service for the island.”

Around seven young people aged between 13 and 24 are diagnosed with cancer every day in the UK. Teenage Cancer Trust works with these young cancer patients to ensure they don’t have to face the disease alone. The charity helps young people and their families deal with the many ways cancer can affect an individual’s body, mind and life.

Miriam Goodall, Regional Fundraising Manager for Teenage Cancer Trust, comments: “Wow, what fantastic news to start the year. Needless to say we’re absolutely delighted. Teenage Cancer Trust wants to be able to support every young person with cancer and allow them to continue living their life to the full. With support from companies like Microgaming, we have changed the lives of many thousands of young cancer patients – now we need to reach the rest of them.”

Michaela Butorova, Partnerships Manager at Save the Rhino International, comments: “We are incredibly grateful to Microgaming and every person that voted for Save the Rhino again this year, giving a generous donation that will really help rhinos. In the past year, we have celebrated zero poaching in our priority field programmes in Kenya, Tanzania and Zambia, and your funds will be crucial in keeping up the global rhino conservation efforts. Donations from previous years have helped to fund everything from good-quality shoes and backpacks to upgrading accommodation, giving wildlife rangers the best chance to stay safe and protect wildlife. Thank you so much for your commitment to rhino conservation.”

Founded in 1971, Médecins Sans Frontières (MSF) is an international and independent medical humanitarian organisation that delivers emergency aid to people affected by armed conflict, epidemics, natural disasters and exclusion from healthcare. The charity also won the Gift of Giving vote back in 2014, 2016 and 2017.

Rosalyn Smith, Major Gifts Administrator at MSF UK, comments: “We are truly grateful to receive the Gift of Giving vote for a fourth time – it is really wonderful to continue our valued partnership with Microgaming. Your continued support will go such a long way to help our teams around the world save lives. From measles vaccination campaigns in the Democratic Republic of Congo, to complex surgery in Syria, a gift of this magnitude will allow us to respond immediately to crises around the world, whilst maintaining our vital impartiality and independence. On behalf of all of us here at MSF UK – thank you so much.”