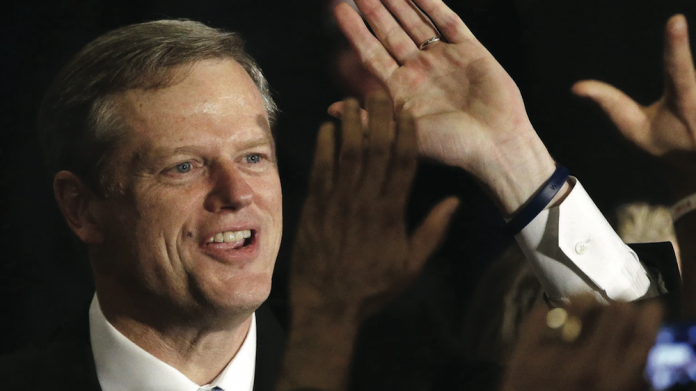 A sports betting bill submitted by Massachusetts’ governor, Charlie Baker, would create the first US gaming market to licence online operators without being tied to a land-based partner. Opening up the competition could bring out the best in the industry, says Mark Hichar, gaming lawyer at Greenberg Traurig’s Boston Office – although the state’s three casinos will do their best to resist it.

Massachusetts’ governor has submitted his own sports betting bill that would enable online firms to acquire licences without being tied to a casino.
The governor’s bill was only the last in a flurry of sports betting packages that were submitted to the state legislature in late January, totaling five in just two days – four of which would legalise sports betting online and in store.
“Expanding Massachusetts’ developing gaming industry to include wagering on professional sports is an opportunity for Massachusetts to invest in local aid while remaining competitive with many other states pursuing similar regulations,” governor Charlie Baker said in a statement.
“It’s legal, it’s going to start happening in a lot of other states, and, I think, from our point of view, it’s probably a conversation we need to have.”
Speaking with local media Baker also explained that in drafting his bill be found that emulating the success of New Jersey’s betting model, was the “best way to frame it.”
However, in enabling mobile and operators to take bets with- out partnering with a casino, his bill represents a legislative first for America – either before or since the sports betting ban was repealed in May last year.
Whether Baker’s bill makes it or not, all the other bills do at least provide for sensible regimes.
SB 908, introduced by Bruce Tarr is the least enthusiastic of the five, providing only for an 11 person commission to be created which would then have 180 days to report back its findings. SB 882, from senator James Welch, outlines licensing for the land- based gaming facilities to offer retail and online betting, taxed at a competitive 6.75 percent.
Senator Brendan Crighton’s bill, SB 903 would tax betting at 12.5 percent, again both retail and online, and would award initial licences for $500,000, and $100,000 annual renewal.
Only Michael Rush’s bill pro- vides something for the sports leagues, in the form of a 0.25 percent “royalty fee”.
Baker bill isets rates somewhere in the middle, at 10 percent on retail and 12.5 online.
According to Mark Hichar, gaming lawyer at Greenberg Traurig’s Boston office, the pressure of competing neighbouring states (such as Rhode Island, New Hampshire and Connecticut) pushing their own legislation, means it’s likely Massachusetts “will pass some- thing this year.”
“It’s also good sign for sports betting in general in Massachusetts that the Governor has come out in favour of it and put for- ward his own bill,” Hichar explains.
“And while there are differences between his bill and those filed in the senate, they are substantially similar. They all authorise sports betting both online and in brick-and-mortar facilities,except for the bill introduced by Senator Bruce Tarr, which would only call for a sports betting study .”
The Governor’s bill is likely to attract “the most excitement”, but it is also already the most controversial, and will be heavily resisted by the state’s three casino concessions: MGM, Penn National and Wynn.
“I have little doubt that the casinos will argue their position strongly,” he adds. “They’ve spent considerable sums of money developing their facilities, and their licence fees were substantial. So I think they would argue that they should be entitled to at least a period of exclusivity with sports betting.”
“On the other hand, competition tends to bring out the best in any industry. And that is a strong countervailing argument.”
Asides from the debate around tethered or untethered licences, Hichar points to several other aspects of Baker’s bill that could be contended, such as a $1m licence fee distributed among independent operators, or the fact that, unlike some of the other bills, it doesn’t permit betting on college sports or esports. But these are more likely to be subject to negotiation rather than cause for failure.
“I don’t see the rancour in Massachusetts that exists in other states, between the Governor and the legislature,” says Hichar. “So I would expect there would be a cooperative negotiation with respect to any sports betting bill.”