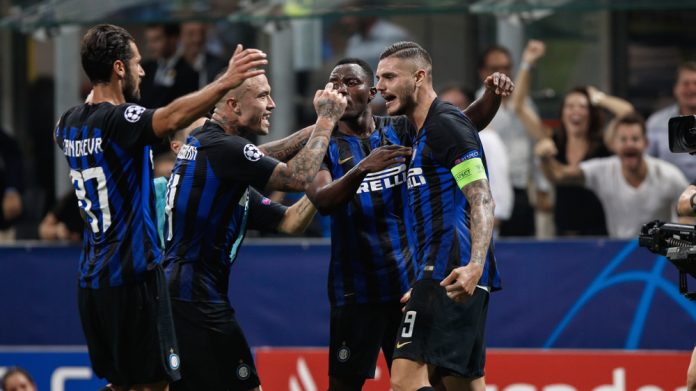 Football is undoubtedly the most watched sport across the globe and the exposure that sponsors receive when partnering with clubs is unrivalled.
At LeTou, we are always looking for ways to increase our global exposure and associating our brand with a reputable sports team in a high-profile competition offers credibility.
In the 2017-18 season, our company, LeTou, was the principal shirt sponsor of then-Premier League club Swansea City and we saw the impact that the sponsorship had in terms of increased brand awareness and reaching new fans across the world.
After the success of our first foray into the sports sponsorship market, we signed a deal last summer to become the Asian Gaming Partner of Italian football giants Internazionale Milan.

The top five European leagues – the Premier League, La Liga, Serie A, Bundesliga and Ligue I – are watched by millions of fans each week, and a large number of these viewers are based in Asia.

Over the past decade, football in Asia has continued to grow and this appetite for the game has been reinforced by the recent successful Asian Cup in the United Arab Emirates.
At last summer’s FIFA World Cup, several of the major sponsors were from Asia, despite the dominance of European countries in reaching the latter stages.
At LeTou, we have seen how our partnerships with Swansea City and Inter Milan have enabled the brand to become more recognised on a global scale.
Although many sponsors may look for a financial return on their investment, there are numerous other ways in which they can also benefit, including through increased customer loyalty, goodwill and lead generation.

Serie A has attracted a great deal of fans, sponsors, and investment from Asia over the past few years and has several of the world’s top clubs competing against each other.
Inter Milan are one of the most famous clubs in Europe and have a phenomenal reach in Asia with over 170 million fans in the region.
Of those fans, 97 million are based in China, and the key is that these supporters are highly engaged, passionate and loyal customers with a strong desire and hunger for the game.
Inter Milan’s owners are also based in the continent which was a big selling point, and lots of the work that the club are doing is focused on growing in Asia.
The club’s goal is to connect to millions of their fans via localised content, social media, access to merchandise, Inter academies and live matches.
Inter saw us as a leader in our industry and as with any partnership, we see our collaboration as a mutually beneficial deal.

What is next for football in Asia?

Through the growth of the Chinese Super League and the influx of international superstars that have come to play in the country, interest in football has shown no sign of abating in China.
The emphasis from the government on health, fitness, and football has certainly played a role in this, and there has been talk of China being a potential host for the 2030 FIFA World Cup.
Whenever China has held a major sporting event in the past it has always generated a huge level of excitement in the country, and the World Cup has a reputation as one of the greatest shows on earth.
The 2008 Olympic Games in Beijing showed what China is capable of and with the improved infrastructure of stadia in the country, there is no doubt that 2030 would be a very realistic target for the country.
China’s support of last summer’s World Cup in Russia will aid their cause and I would expect them to continue their investment in the coming years.
One thing for sure is that football will continue to grow across the globe and you can be sure that Asia will be at the forefront of the game’s development for many years to come.