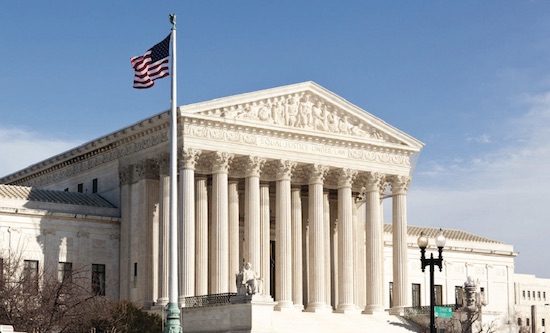 Unintended interpretations of the 1961 Wire Act could severely impede the trajectory of sports betting across the states – or even upend the entire online industry. But with the will of congress too easily bent by their superdonors, there is little appetite among the industry for an otherwise much- needed overhaul of the sixty-year-old statute.

Talks of restoring the Wire Act began bubbling up again this autumn, as a congressional subcommittee met to discuss potential federal interventions in
gaming law.
Jon Bruning, a representative of Sheldon Adelson’s Campaign to Stop Internet Gambling, used the occasion to bang the drum for a federal ban of state-by-state online gambling regulation – via some rather crafty interpretations of the 1961 Act.
“Even though the Supreme Court tossed the federal sports betting ban, online sports betting is still illegal,” Bruning said in his statement. “The Wire Act applies to all forms of gambling and even under DOJ’s current interpretation, the Wire Act applies to sports betting.
“This means sportsbooks wanting to hedge their risk by establish- ing a national pool, creating interstate compacts, or laying off bets across state lines – all would do so in violation of the Wire Act.”
Having been written before the internet was conceived, ostensibly to combat organised crime, the Act speaks of throwing people in jail who use “a wire communication facility” for “the transmission of interstate wagers” – and even for “information assisting in the placing of bets or wagers.” There is plenty in the sixty-year-old statute that supports Bruning’s interpretation.
Yet days later, speakers at a G2E Vegas panel in October said they were reluctant to meddle with federal legislation. Confident in the congressional arithmetic perhaps, or wary of making things worse; while the liberal arm of the industry refrains, the anti-online lobby presses on.
In November, Wisconsin Representative Jim Sensenbrenner, and chair of the aforementioned sub- committee, wrote to deputy attorney general Rod Rosenstein pleading with him to review the Act.
“Online wagering” he claimed, “will allow for exploitation of inter- net gambling by criminal and terrorist organisations to obtain funds, launder money, and engage in identity theft and other cyber- crimes.”
“Doing nothing”, Sensenbrenner said, is “the worst option.”
More worrying still was a draft federal bill leaked from congress in December, showing comprehensive workings on a supra-state framework for betting.
At the time of writing the Sports Wagering Market Integrity Act of 2018, had been filed by senators Chuck Schumer and Orrin Hatch (pictured). The bill stipulates that states would no longer be allowed to make their own betting laws without seeking the blessing of the Department of Justice.
The attorney general would then have 180 to assess whether the state’s proposals are sufficient, and even if approved, would only be valid for three years. And offer- ing some clue as to the interests involved, it also would require all operators to use official league data until at least 2025.
There are however, plenty of reasons for sports betting and online gaming interests not to worry.
An increasing number of casino lobbies are now in favour of online gambling – seeing their digital counterpart less as a threat and more as a high yielding source of income, from which online sports bettors can be cross sold into.
As in the land-based sector, many state legislators also understand that if they want to achieve their (often ambitious) fiscal projections from online sports betting, then the more highly taxable online casino will also need to be liberalised.
“That’s largely the business model”, said Michael Pollock, managing director at the Spectrum Gaming Group.
“I can’t say entirely, but largely from a policy standpoint, and from the stand- point of brick-and-mortar casino operators, that’s the vision.”
And with more and more states counting on these revenues, “any sort of effort to pull the plug would create massive disruption in their budgeting process, employment, marketing and a lot of other areas. I see significant opposition to that.”
Nevada-based gaming lawyer, Anthony Cabot warned: “Casino operators are not monolithic. Some see the opportunities while others see threats.”
But with stakeholders lined up on either side of the fence, he was equally dubious about any significant federal intervention, in either direction.
“This is a great deterrent nevertheless as the conflict presents deterrence to legalization in states with politically strong casino industries.”
Try as some might, Cabot also sees little danger of the likes of Adelson persuading an attorney general to reinterpret the Wire Act as a prohibition of igaming.
The Department of Justice’s opinion in 2011 that it isn’t was “both correct and extremely detailed and persuasive. The Department would look foolish to over- turn it and would likely lose a court challenge.”
However the Act does “need to be changed to accommodate sports wagering,” he considered. But those who would wish it, have good reason not to leave such a consequential decision congress.
“Opening the debate creates a Pandora’s Box,” Cabot concluded. “At least one powerful casino operator will try to use the opening to stop igaming.”
“Federal legislators seem to respond both super donors much more than adhering to sound policy.”