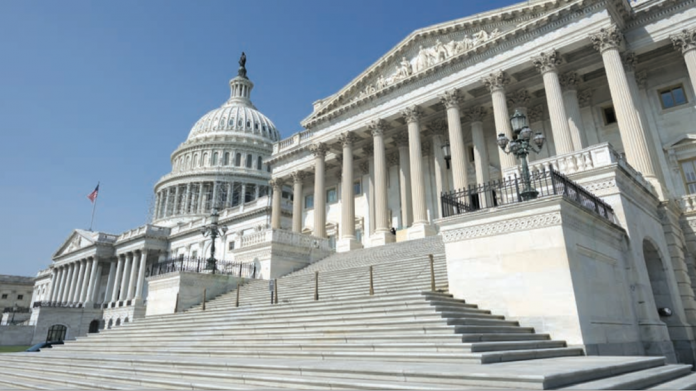 The first federal sports betting bill was finally filed in December that would give the central government unprecedented power to decide – case-by-case – which states could pass new gaming laws.

A bipartisan sports betting bill entered congress in December that would require states to seek the approval of the attorney general before introducing regulation.
Closely following the contents of a draft leaked from congress in November, the post-PASPA powergrab is the work of two senators, Chuck Schumer and Orrin Hatch (pictured), the latter being one of the original authors of the Professional and Amateur Sports Protection Act, that had banned US betting since 1992.
“This bill is the first step toward ensuring that sports betting is done right in the states that choose to legalize it,” Hatch said in a supporting brief. “Just as importantly, it provides protections for states that choose not to go down that path.
“For the better part of this year, I have engaged with and learned from stakeholders on all sides of this issue […] The result of those discussions is a comprehensive bill that tackles numerous, complex issues and includes provisions to protect the interests of each of those stakeholders.”
The Sports Wagering Market Integrity Act of 2018 stipulates that any state looking to liberalise betting would first have to file an application with the Department of Justice.
The politically-exposed attorney general (a cabinet member and presidential appointee) would then have 180 days to decide whether to approve that state’s regulatory framework. And even if approved, the state’s concession would only be valid for three years before seeking renewal.
Successful applicants would meet the criteria set out in the senators’ bill, much of which is sensible. All states must use geolocation technology to ensure bets can only be placed within the state (any interstate wagering must be conducted through DoJ approved compacts); controls regarding bonus terms and conditions; self-exclusion databases and other conventional social responsibility measures.
More controversially, betting on amateur sports (with few, mostly Olympic, exceptions) would be prohibited, and states would have the right to block betting on certain events.
Integrity fees for US sports leagues were left out of the framework, although operators would be required to use official leagues date (through unilateral agreement or purchased from third party sellers) until at least 2025.
Currently it would seem the leagues are the only stakeholders pleased about the package. The NFL, for one, endorsed the bill, saying “we urge its swift enactment.”
The American Gaming Association however, was quick with its own critique, describing the bill as “the epitome of a solution in search of a problem, representing an unprecedented and inappropriate expansion of federal involvement in the gaming industry.”
The Consumer rights lobby, the Consumer Action for a Strong Economy (CASE), was more scathing still.
“Like the Music Man showing up in River City, the US Senate is now striking up the band to commandeer the post- PASPA landscape on sports gaming, dictating terms from Washington that should be left to the individual states to deter- mine,” said CASE VP, Gerard Scimeca.
The legislation is “more Washington overkill and entirely unnecessary,” he went on, and “further eliminates consumers from the equation, forbidding them from having the choice to determine the licensing and regulating standards that work best within their state borders.”
The bill’s success is far from foregone. Two readings are required before it can even go to the committee phase. And with a majority of states looking at, or having already enacted, betting legislation, few would favour handing back that right only six months after having won it.
As Michael Pollock, managing director of Spectrum Gaming, put it: “The state governments are not going to be supplicants in this matter.”
“There is going to visceral opposition to any form of federal oversight, and for very good reasons, because you would be layering a new level of regulation on top of an existing forms of regulation – onto what has become very traditional and in most cases very successful.”
If both houses did approve the bill, the future of US betting could be referred once more to President Trump’s personal “naughty or nice” list. Unable to block legislation outright, Trump’s veto would require a near impossible two thirds majority to be overridden.
Exactly who curries favour with the President changes with the wind. Trump previously said he has “a lot of friends on both sides of this issue”. A faithful ally, Hatch, at least, has been a good boy this year.