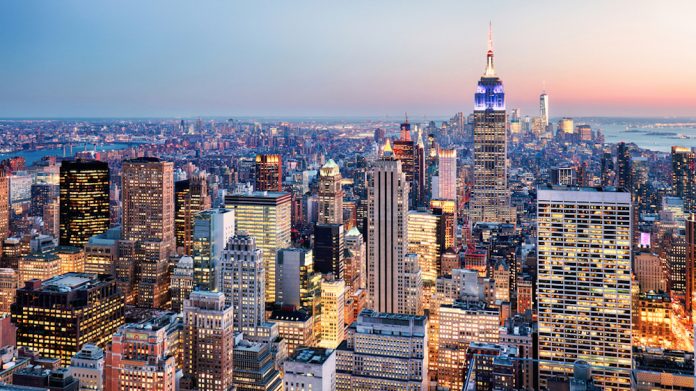 A war wages on over daily fantasy sports in New York, which for now has left DraftKings and FanDuel operating in a legal grey zone. In bypassing various constitutional procedures, the state’s lawmakers had no right to regulate DFS, said a Supreme Court judge – but having simultaneously decriminalised it, there’s nothing to stop firms from operating.

A Supreme Court judge has ruled that New York’s regulation of daily fantasy sports in 2015 was unconstitutional – which could spell trouble for the sector in one America’s most lucrative markets.

In the meantime however, a curious legal paradox remains. On the one hand DFS operators can continue to operate in the state without any threat of legal action – but more ominously, legal experts warn “it is unclear what repercussions” this might have for sports betting.

“This dichotomy in the reading of the decision emanates from what appears to be a ruling that New York is not allowed to have a regulatory scheme for permissible IFS,” said gaming lawyers at Greenberg Traurig LLP. “But at the same time the legislature has the authority to conclude that engaging in IFS is not a criminal action.” The case dates back to 2014, when, in a big blow to the early growth of American DFS, New York’s then attorney general, Eric Schneiderman, ruled that daily fantasy be banned under gambling prohibition. The “big two” drivers of the new sector, FanDuel and DraftKings, were ordered to cease opera-
tions immediately.

Bent on opening up as many markets as possible – typically by invoking a distinction between skill and chance – the duopolies filed with the Supreme Court. But justices agreed with Schneiderman that the skill was negligible and refused to hear the case.

Months later state lawmakers picked up the case and began writing legislation. In reference to NY’s penal code which defines gambling as when a person “risks something of value upon the outcome of a contest of chance“ – the legislature decided: “Interactive fantasy sports (IFS) are not games of chance – because they consist of fantasy or simulation sports games or contests in which the fantasy or simulation sports teams are selected based upon the skill and knowledge of the participants and not based on the current membership of an actual team that is a member of an amateur or professional sports organization.”

The status quo persisted until this October, when a case brought to the Supreme Court by anti-gambling campaigners and the families of those harmed by gambling, found lawmakers had over- stepped their brief in enacting new legislation.

New York’s Acting Supreme Court Justice Gerald Connolly found that both DFS and the enabling legislation still fell under the purview or the states’ constitutional prohibitions against gambling. Further- more, for the state to have overridden this with new regulations, should have required a constitutional amendment via voter referendum – but which they failed to seek.

For now it seems the regulated market for DFS in New York is no more. Oddly though, as the legislature decriminalized DFS at the time of the Act – something it was constitutionally allowed to do – DFS is both unregulated but legal, for the time being at least.

It is likely that the state will appeal the decision, the lawyers continued. If an appeal is pursued, “the state is entitled to an automatic stay, which will maintain the status quo statutory frame- work until the litigation is resolved.”

Unsurprisingly both DraftKings and FanDuel are taking that silver lining for now stating they have no intention to cease operations there.

“We are pleased that the court upheld the New York legislature’s decision to decriminalize daily fantasy sports contests and that DraftKings can continue to offer their services to players,” DraftKings said in a statement.

Meanwhile FanDuel added: “The decision makes clear that the New York legislature’s decision to exclude fantasy contests from the definition of illegal gambling cannot be challenged in court. Accordingly, we will continue to offer fantasy sports to New Yorkers.”