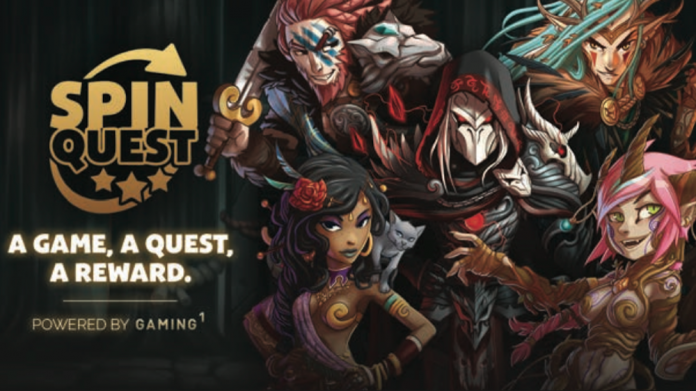 Since the establishment of GAMING1, our dedicated games team always endeavored to thrive with our slots. Given that every step of game execution is done in-house, what we really have at heart and are most passionate about, is to refine the concept of gaming and perhaps to also tweak it.

Two years ago, we decided it was time to make our games go a step further, by including an element of social gaming. One year later, the project was developed and now it also has a name: Spin Quest.

Spin Quest is a majestic adventure: You play the game, you complete your quests and ultimately you win a guaranteed jackpot.

Spin Quest is a veracious revolution and the Karak Forge is already a triumphant accomplishment on Circus.be, the first casino platform hosting it. Since the launch of our Karak Forge on Circus.be, 6938 players have already completed the game, with a total of 14.635 hours of playtime spent on it.

Rather than wasting time on a game with no ultimate goal, expect gaining some Freespins, and perhaps achieve a Jackpot that to a player’s dismay would then need to be shared with all players, one will be able to take over and create his own individual adventure. All players will gain a 100 percent outcome, awaiting the jackpot at the end of the day.

Additionally, one will be able to unlock quests that will make you hold your breath, each time you play. Go on, lose yourself by discovering each and every one of them.

These quests and concepts have been studied to keep the player attentive, intrigued and fascinated, each time one is active on the game. With Spin Quest the jackpot is a guaranteed win, and its value being based on each individual’s bets and feats.”