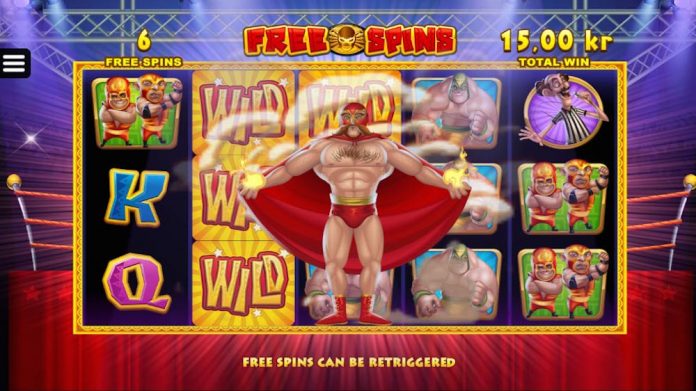 Hosted by five of Mexico’s finest wrestlers; Burro, El Diablo, Martio, Sal and Pepe, the title went live with all Microgaming operators as of 1 November.

“Lucha Legends is a fun and vibrant slot that taps into the global popularity of professional Mexican wrestling, capturing the drama and excitement with several big-hitting features,” said Microgaming games publisher David Reynolds.

“In addition to ten free spins, which can be retriggered, the Super Wild feature and Power Up Mode aim to enhance gameplay and increase the player’s win potential. This is a beautifully animated game designed to deliver round after round of action and entertainment.”

The legendary luchadores, acting as game hosts, “pack a punch” in normal game mode, where they oversee the Super Wild feature awarding players either two additional wilds or a two-times or three-times multiplier.

Executing signature wrestling moves, the masked opponents can randomly turn wild symbols into Super Wilds, which are triggered by the arrival of any winning or non-winning wilds in free spins.

Alongside the Super Wild triggers, players also have the option to Power Up for the chance to win even greater prizes throughout the game.

The Power Up Mode can be activated by players in the base game, and carries over into free spins if active on the free spins trigger.

The Power Up feature doubles the total bet and significantly increase the hit frequency of the Super Wild feature, which is further enhanced during this mode, awarding players either four additional wilds or a three-times or five-times multiplier.