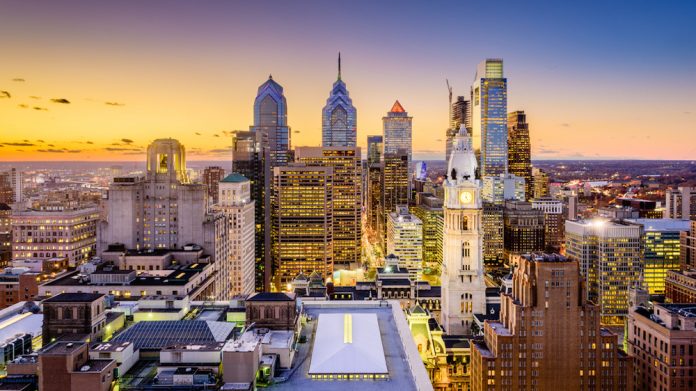 Having signed its gaming reform package almost a year ago, Pennsylvania has finally begun issuing licences for online and sports betting. And despite the controversy over globally high tax rates – operators are already lining up to purchase the eight figure permits.

Despite being besieged by industry critics for its unworkable tax rates and stifling fees, Pennsylvania had operators queuing up for online permits in October.

Parx and Hollywood Casinos were the first two operators to be formally approved for “interactive gaming certificates” in October, meaning from early November they’ll be able to take bets from the 12 million residents of the Keystone state – on pro and college sports, via mobile, online and in shop.

The price for this privilege is about as high as it gets. The permits cost a cool $10m to obtain, and from then on operators are eligible for a 33 percent tax on betting revenues (two per- cent of which gets earmarked to local government) and 55 percent tax on online slots.

When Governor Wolf signed the bill back in December, the regime had been roundly decried as overreaching; choking the regulated market which could never compete with offshore alternatives.

Nevada’s tax on betting GGR is under seven percent. New Jersey’s is 8.5 per- cent (and 12 percent online). Even West Virginia and Mississippi have gone for 10 and 12 percent respectively. While Penn state’s 33 is globally closer to Kenya’s 35 – which is presently slashing that figure in half to ensure the regulated market remains effective.

Responding to a heckler at a G2E Vegas panel event in October, Susan Hensel, director of licensing for the Pennsylvania Gaming Control Board replied: “I would eight figure permit. But one operator, Pennsylvania’s Rivers Casino, has since rescinded its application to provide online gambling.

Ohio senator Bill Coley suggested that high taxes won’t effect ever betting product. While tax rates in the region of 35 percent will fail to compete with an “off- shore product that pays out 95-99 percent” – that only applies to the “price sensitive” version of sports betting.

Accumulator-style wagers, that complete multiple betting events within one game, could arguably be a more effective product for casino patrons – and don’t need high payouts to succeed.

“It’s an interesting and fun product,” he insisted, “and it’s for a different audience, much more of a lottery-type audience. You’re payout of 70-75 percent.” Joseph W Grad, a US gaming lawyer based in Pennsylvania, disputed that being able to compete with the black market is even a primary concern at
this stage.

Igaming and betting markets in PA would primarily be “new markets with new players”, he said and, “for the most part, will not be comprised of many players drawn or converted from the black market.”

In any case, Pennsylvania has a “proven and robust “ commercial gaming market – and while the tax rates are high, operators applying now “understand that the high tax rates are not writ- ten in stone, and will likely be modified in the future, especially if the tax rates do in fact impede the development of the igaming and/or sports wagering verticals.”

Speaking at webinar in advance of the ICE Sports Betting conference in New York next month, Eric Schippers, Senior VP of public affairs at resident casino giant, Penn National Gaming, explained that, unlike other gambling prod- ucts sports betting only ever “creates a very thin profit margin.” Its real value is in cross-selling players to higher yielding games.

“We can market to these customers to encourage them to stay longer, to play games that are taxed at a higher rate and ultimately drive increased revenues for the state as well.”

Although Penn National is not currently on the gaming control board’s list of licence applicants.