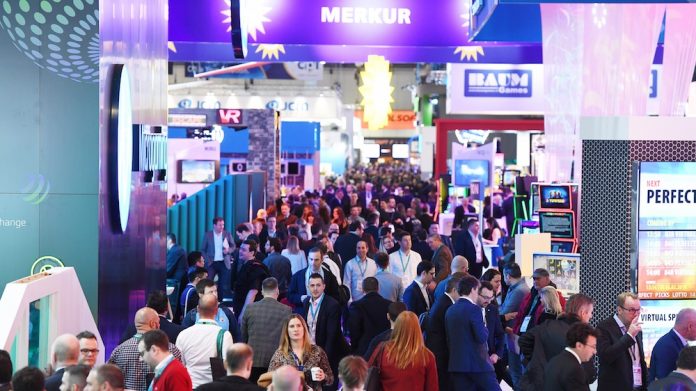 Clarion Gaming, organisers of the world leading ICE London (5-7 February, ExCeL London, UK), has confirmed the 2019 edition will be the biggest on record, with net floor space growing from the 2018 figure of 43,500 sqm to 45,500 sqm, an increase of just under 5 percent.

Announcing the growth, Kate Chambers, Managing Director of Clarion Gaming, said: “It’s important to stress this isn’t a one-off increase in demand for space, but part of a trend which stretches back to 2012, when the show floor comprised 22,500 sqm. Since then, ICE London has grown year-on-year and is now more than twice its 2012 size, a remarkable feat when you consider the level of merger and acquisition activity that’s taken place in the industry over that period.

“While the 2017/18 growth was due to the demand for space from payments providers, the 2019 growth has, in part, been driven by Sportsbook and iGaming companies following the Supreme Court’s repeal of the Professional and Amateur Sports Protection Act (PASPA). We can’t influence change, but as professional event organisers, steeped in gaming, our job is to respond quickly to developments in the market – either technological or legislative – and to provide the best possible environment in which businesses can conduct business. As the most international gaming event on the calendar, exhibitors know that they can use ICE London as a method of launching into any gaming jurisdiction in the world. In 2018, ICE London attracted 33,536 visitors from 153 nations and it’s clear that no other gaming event can deliver this volume or spread of international business opportunities.”

While the development of ICE London is positive news for all of the brand’s stakeholders, Kate Chambers is keen to underline the importance of following a managed growth strategy. She explained: “The relocation to ExCeL London gave us the opportunity to provide exhibitors with the stand options that simply weren’t possible at Earls Court. Following that, we have been careful not to follow an aggressive growth strategy. Instead, we have worked hard to marry the growth of the show floor with a growth in visitor numbers and I’m pleased to say that, in 2018, we were successful in growing the average number of visitors per stand by 17 percent and the average number per square metre by 12 percent.”

For more information, and to experience the spirit of genius at ICE London 2019 (5-7 February, ExCeL London, UK), visit: icelondon.uk.com.