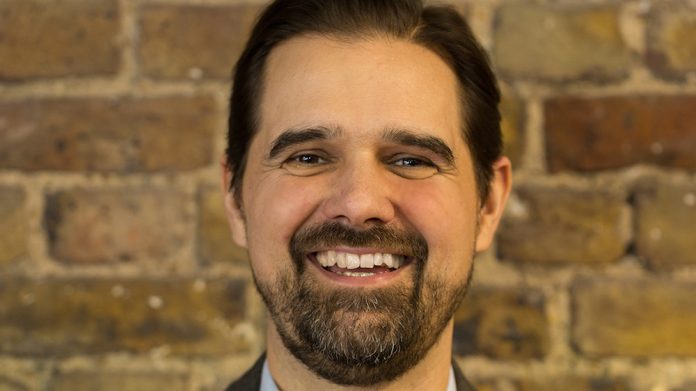 Stefan Kovach, CCO of FunFair, explains how the firm has overcome blockchain’s limitations to launch the first casino product that achieves provable fairness at no cost to the player experience.

Provably fair, immutable, trustless and secure – so goes the mantra of the blockchain revolution. But for all the buzz, products that could meaningfully disrupt the gambling industry have been slow to emerge.

That is, perhaps, until now. Stepping into this gap between hype and reality is FunFair, a fully-fledged blockchain gaming company that launched its first live casino on its platform in September, CasinoFair. This release was shortly followed by Wheel of Fun this month – a hi-spec animated version of the classic wheel of fortune – but with all the added benefits of blockchain.

“At the moment, no one’s got anything like either the sophistication, or the range of games that we have, within the blockchain space,” explains Stefan Kovach, FunFair’s CCO.

“I think we’re the only B2B model and the only ones who have gone as far as we have in terms of provable fairness and ensuring our offering and our ecosystem have no points of weakness or trust.”

The market for blockchain gambling products has so far been split between a mass of “blockchain-casinos” on one hand – basically traditional igaming products that accept cryptocurrencies – and a limited supply of first-generation blockchain casinos on the other – “that do bring some of the benefits of blockchain, such as provable fairness and funds never been held by the operators” – but are slow and expensive – and subsequently niche. The inherent limitations of blockchain technology means developers have struggled to break the deadlock.

FunFair’s innovation is to keep the fairness and funds on the blockchain, but brings the majority of the gameplay “off-chain but parallel to it”, via what it calls a “Fate Channel”. This way the players get the best of both worlds: speed and security – both fun and fair.

While getting blockchain up to speed with traditional games providers has been the hard part, Kovach says competing on “fairness” is where FunFair can truly shine.

Trust has become a significant issue in gaming, he points out. With 33 percent of British consumers doubting the fairness of gambling companies today, a market where trust is no longer an issue would indeed be considerable.

In a normal casino consumers have no idea where the RNG is. They either trust a spin to play out fairly, or they don’t. But with FunFair trust is not needed, because the RNG feed is split between the player and the operator. And all the funds are held in escrow on the blockchain, and never in the custody of the casino.

“So only when the consumer and the operator agrees (through something called a handshake) that every gambling action in that session that played out was provably fair, the session closes and the funds in escrow will be released back to both parties.”

Yet fairness for the consumer is only part of the overall ecosystem. Smarts contracts ensure than each part of the supply chain is given its dues, with no questions asked.

FunFair is essentially a decentralised B2B casino platform: operators can choose to run it on their site, affiliates can direct traffic to it, and developers can build games for it.

“It’s all the usual stakeholders,” Kovach says, “except everyone is transacting in our token, FUN.”

Smart contracts split the casino’s revenues into tiny commissions which are distributed instantaneously to each of the above parties.
“So really the product should look after itself,” he adds, “and we hope to get to a point where it’s extremely easy to deploy.

“It will take a little time to get there. But we see this as being one of our USP’s – particularly when were going after an audience that doesn’t currently run a casino.”

The simplicity of the system could be perfect for affiliates, Kovach reckons, and even social media channels like LadBible or Unilad.
“There are many use-cases out there who have never considered running a casino, but suddenly a new piece of technology comes along that takes some of the stigma out of casino, because it’s provably fair and easy to deploy.”

Ultimately FunFair invisions “a crowd-sourced and shared bankroll. Consumers can contribute to the bankroll – and operators and white labels can tap into that bankroll.

“That completes the ecosystem. But that’s still some way off.”