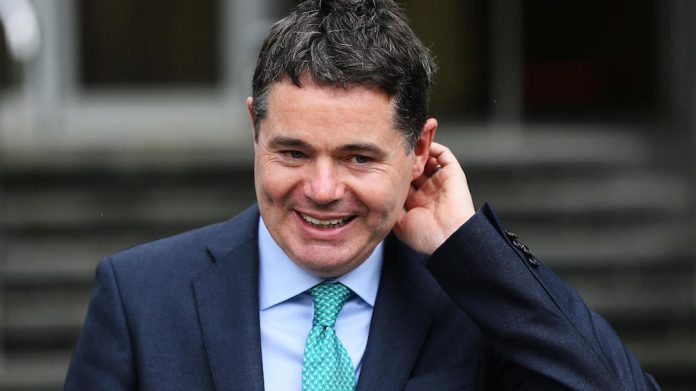 Following the announcement of an increased two percent tax rate for gambling operators in October, the IBA has rallied its members to fight the catastrophic effect on independent retail bookmakers – but the government’s inertia on reform may prove insurmountable.

Paschal Donohoe has doubled Ireland’s one percent tax on turnover, in a controversial bid to appease the four-person Independent Alliance – crucial to the security of minority government, Fine Gael.

The Irish finance minister announced the decision on 9 October, as part of the government’s E3.4bn 2019 budget, prompting operators to question the future of independent gambling in the country.

“[Donohoe] just signed P45s for over 1,500 jobs in the independent bookmaking sector,” said Sharon Byrne, chairwoman of the Irish Bookmakers Association, adding the increase is a “tragedy.”

“It is extremely disappointing that the Government conceded to this demand by politicians who never engaged with the industry.”

The tax rise will affect both retail operations, with gambling exchanges facing a tax increase from 15 percent to 25 percent, as well as the online operators regulated through the 2015 Betting (Amendment) Bill.

Dundalk-based bookmaker Boyle Sports followed by delivering a letter to its 250 Irish retail outlets, suggesting a review of its representation on the high-street.

“We are committed to making Government and all relevant agencies understand the impact this poorly-considered policy will have on the sector, our business, us and our families,” said the statement.

The country’s retail market is expected to be that most significantly hit by the two percent tax, with Alan Heuston, partner at gaming law firm McCann FitzGerald, observing “retail betting operators constitute the largest share of the market, with E28m of the total betting duty yield of E50.7m in 2016 coming from the retail sector.”

With licensed retail premises falling from 1,365 in 2008, to 856 in May 2017, Heuston added “it is conceivable that this increase in tax rates will make many operators unsustainable.”

Joe Kelly, partner at A&L Goodbody, added that though Ireland should remain “an attractive market” for larger operators, the tax increase will have “a disproportionate effect on businesses with a lower net margin.”

However, with a four-week transition window between the budget and the enactment of the Finance Bill, a crisis meeting called by the IBA on 12 October IBA sought what Byrne termed “a way to address this regressive tax.”

The ensuing independent economic study, online petition and proposed half-day strike to petition government offices are aimed to prompt reconsideration by parliament, with Kelly noting the government has precedent in “changing its mind on this issue.”

In its 2009 Budget, the existing one percent gambling tax was doubled by finance minister Brian Lenihan, followed by swift amendments to the Finance (No 2) Act 2008 following protest from the industry, however Heuston predicted the new rate “will become effective on 1 January 2019, as planned.”

Following recommendations in a 2017 Department of Finance report, operators have also argued for the consideration of a gross profit tax, something Heuston predicted could prove “a particular benefit to smaller businesses.

“Experience in the UK showed less concentration in the industry with smaller bookmakers securing a greater share of total turnover.”

Kelly added that a tax on yield “would be a more realistic reflection of a bookmaker’s profit and loss position, and arguably be fairer.”

Despite the claims, the government has dismissed the prospect, arguing the instability of tax revenue would place unnecessary strain on the public sector, a view supported by representative body Horse Racing Ireland.

“The rate is a lower rate of tax than applies in other jurisdictions,” said HRI CEO Brian Kavanagh, adding the tax “has been the same for the last ten years but there has still been a reduction in the number of betting shops.”

However, the significant long-term decline experienced by the retail market is a larger symptom of the Parliament of Ireland’s essential disregard, with Donohoe’s announcement reiterating for operators its long-standing blinkered and repressive approach to the industry.

“Simply increasing the tax rate ignores the major issue which exists in Ireland,” added Heuston. “The current regulatory regime is hopelessly outdated and in need of reform.”