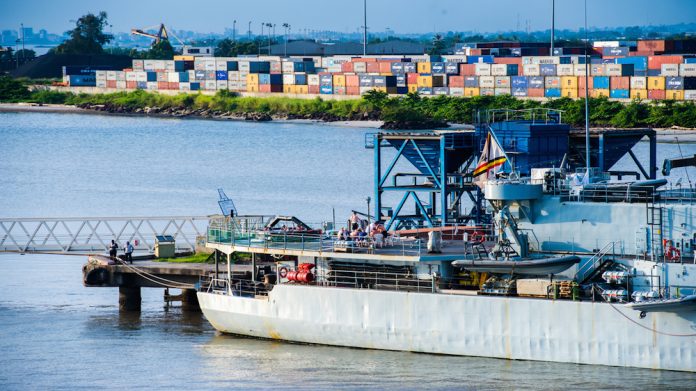 Africa is on the verge of a massive economic growth spurt, says serial entrepreneur and gaming consultant, John Kamara, as data helps drive more trade on the continent.

At only 11 percent, trade between African nations is the lowest of all the continents. As a result Africa punches well below its weight; despite its relative competitiveness and being home to a third of the world’s remaining minerals, Africa buys far more than it sells.

John Kamara, serial entrepreneur and ambassador at October’s ICE Africa in Johannesburg, is part of a growing movement across the continent devoted to correcting this imbalance.

Together with co-founder Fredrick Igbinedion, Kamara has launched a new ecommerce initiative, Afrimart, that uses blockchain technology to help African businesses trade amongst themselves.

Poor infrastructure, conflict and corruption have held back internal development, but boosting trade, he adds, is often about overcoming bad habits.

“It’s this post-colonial economic mindset that we still have. Asia has broken free from that and have developed their own economies, as Asians, irrelevant of Europe or America. Now they trade as equal partners. Whereas the reverse is still the case in Africa.”

Afrimart’s mission is to foster that shift in thinking by giving businesses access to the first African online marketplace where goods, typically shipped from abroad, can be purchased from competitive wholesalers all within Africa. “We’re finding a way to first connect our businesses so we know we can buy our leather from Ethiopia and our tomatoes from Cameroon, and we don’t need to import them from the Netherlands.”

The political will for the inevitable correction in Africa’s balance of trade is palpable. Fed up of being told goods do not meet European standards – or selling raw minerals on the cheap, only to buy them back as goods after another country has gained from their production – African nations are busy dismantling the legal and political barriers to trade.

Various supranational banks and other bodies trumpet the benefits intraAfrican trade, and all 55 members of the African Union bar Nigeria have now ratified a zero-tariff free movement compact akin to Europe’s single market.

Yet the reality on the ground is still somewhat different. Banks can’t work out how much business are or could be trading across borders; customs officials don’t necessarily adopt the new freetrade protocols handed down to them, and many traders still trust an anonymous Chinese seller on Alibaba over someone with goods in their neighbouring country.

For Kamara, the solution to all the above is data – Afrimart’s second function. The will may be there, but African governments are crying out for some hard data that shows them where the demand is, and the best way to proceed on a practical level.

“We’ve had this thing in Africa where for the past 30 years people try to solve a problem on paper,” Kamara laments. “But why not let us do first? And when we get to that specific problem, it’s a good thing. It means we’re making progress.

Afrimart can communicate that. “If Afrimart is seeing high volumes of trade between Kenya and Mozambique, but the borders are still not applying the trade laws, we can present this data to the powers that be, and tell them they really do need to enforce this.”

In this way data can be used to track what is happened “across the continent” meaning, over time, “customs and border checks and all those other regulations and agreements that have been made will start filtering down.”

Similarly for banks – many of whom are eager to provide trade finance to African SMEs but can’t work out if they’ll get their money back – can now “plug in” to Afrimart’s trade data, and really understand how much a company is trading; the demand for any given product and the potential return on investment.

And being on the blockchain means merchants can trust each other through KYC protocols, and European buyers can request goods and services based on the particular standards their market requires.
“The next five years will be a very important time for this continent,” Kamara adds, who predicts intra-African trade could rise to 30 or even 35 percent in that time.

“For me it’s all about data, transparency and financial inclusion. Being able to access accurate and transparent data means you can help businesses, banks and and even governments make decisions or policies that make sense.”