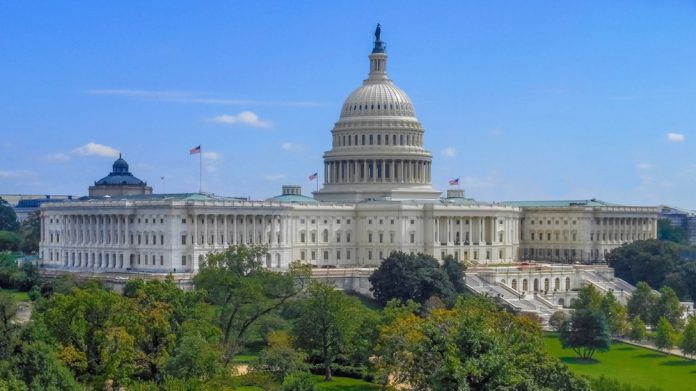 With talk of federal sports betting law doing the rounds on Capitol Hill, Michael Pollock, MD of Spectrum Gaming, and Jeremy Kleiman, NJ- based gaming lawyer at Saiber, discuss who might benefit from a congressional intervention – and why we won’t see one soon.

Two US senators have thrown their hats into the sports betting debate in the last month, calling for federal oversight of what is quickly becoming a new nationwide sector.

“We can’t put the genie back in the bottle,” Hatch lamented, although “it does seem that when it comes to protecting the integrity of the game and the sports betting market, there should be some consensus at least some minimum standards on who can place a wager.”

Schumer thinks sportsbooks should only use official league data to determine outcomes – and the leagues themselves should decide which bets are taken – although stopped short at calling explicitly for “integrity fees.”

Perhaps unsurprisingly the leagues were quick to endorse Schumer’s plans, saying they strongly “encourage Congress to adopt” them. A rattled American Gaming Association then penned its own long repost, arguing against any level of federal intervention.

For Michael Pollock, managing director at Spectrum Gaming Group, federal oversight in the foreseeable future is “highly unlikely,” for both political and practical reasons.

Politically, it would be anathema to the states, said Pollock, “and for very good reason.”

“Over four decades gaming oversight has clearly evolved as the domain of state governments, and that creates political constituency to maintain the status quo.”

Federal oversight would mean adding another layer of regulation “onto what has become very traditional and in most cases very successful.”

In more practical terms, with the US in the middle of a heated campaign season where a third of the senate is up for grabs, “this is simply not something that is going to be of interest or advance anyone’s cause during this tumultuous period that we are in right now.

“And post election, when we don’t know what the results will be, in terms of which party con- trols either house, it’s unlikely this will move quickly to the top of anyone’s agenda.”
Theoretically however, there could be some form of federal oversight in the future that could gain acceptance of stakeholders – but it would have to be “struc- tured very carefully” and “limited to ensuring minimum standards of licensure.”

“On the one hand, it brings clarity and certainty to operators, rather than a patchwork of state regulation with high regulatory costs. In addition, it may solve the Wire Act “problem” for operators by authorising true interstate wagering,” Keliman explained.

On the other hand, it could add additional “related compliance costs” if structured as federal oversight “on top of existing state regulation,” he added. “And it is almost a certainty that the leagues will extract a costly ‘integrity fee’ from Congress that will effec- tively function as an additional tax.”

The million dollar question remains: how much clout do the leagues have to advance their interests at the congressional level?

Legally speaking they are likely to evoke intellectual property precedents relating to the use of their images, likenesses and data from their product. And will “continue to argue that legalization of sports betting has increased the risks of improper conduct by their athletes, coaching staff, etc,” said Kleiman. “And therefore the leagues are burdened with additional internal compliance costs to ensure the integrity of the matches.”

Kleiman sees no reason federal sports betting would become a priority in congress any time soon “Individual states have successfully regulated gambling for years, and will not easily accept a diminution of the states’ rights by ceding regulatory authority to the federal government,” he added. “This is particularly so for states with restrictive regulatory regimes who may fear an expansion of sports betting in their jurisdictions if Congress intervenes.”