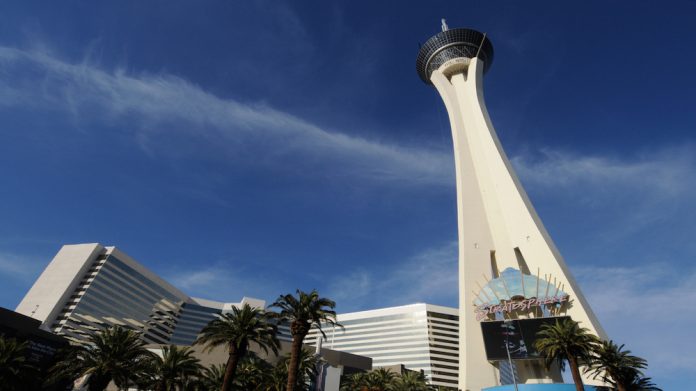 William Hill has announced a sports betting partnership with US casino operator Golden Entertainment, expanding its reach into Maryland and Montana, as well as broadening its extensive Nevada offering.

The 100 locations already managed by the British bookmaker in the Silver State will be bolstered by five Golden Entertainment properties, including the Stratosphere Casino, with the agreement set to be enacted before the end of the year.

“This is another important milestone for our US business as William Hill expands its relationship with Golden Entertainment in Nevada, and extends our potential reach in the US to more states,” said CEO Philip Bowcock.

“This shows the benefits of our flexible business model, we are the only operator taking bets in all states where full sports betting is legal and we continue to extend our market access.”

William Hill is already active in five US states, and although sports betting is not currently legal in Maryland or Montana, both the bookmaker and Golden Entertainment have announced they will “pursue sports wagering opportunities,” in accordance with regulation.

“Since entering the United States, William Hill has had an excellent relationship with Golden Entertainment,” said Joe Asher, CEO of William Hill US. “We look forward to continuing it for many years to come in Nevada and elsewhere, as opportunities arise.”

Should regulation occur, the bookmaker will be tasked with managing sports and race books for Golden Entertainment’s distributed gaming operation across 300 locations in Montana, and at the Rocky Gap Casino Resort, Maryland.

The two firms have been working in partnership since 2016, with the bookmaker managing sports betting at the Pahrump Nugget Hotel and Gambling Hall in Nevada, alongside 80 deposit kiosks in the operator’s third-party distributed gaming locations throughout the state.

William Hill also operates the race and sportsbooks at Edgewater and Colorado Belle casino resorts, two venues set to be acquired by Golden Entertainment after finalisation in Q119.

“We are excited to expand our current relationship with William Hill,” said Golden Entertainment COO Steve Arcana. “We look forward to growing our business in Nevada and other jurisdictions through this partnership.”

Though a bill to legalise sports betting in Maryland failed in the last session of state legislature, with a referendum not predicted before 2020, and Montana similarly disinclined to push through regulation, William Hill should be well-placed to establish the first statewide sports betting offerings should legalisation occur.