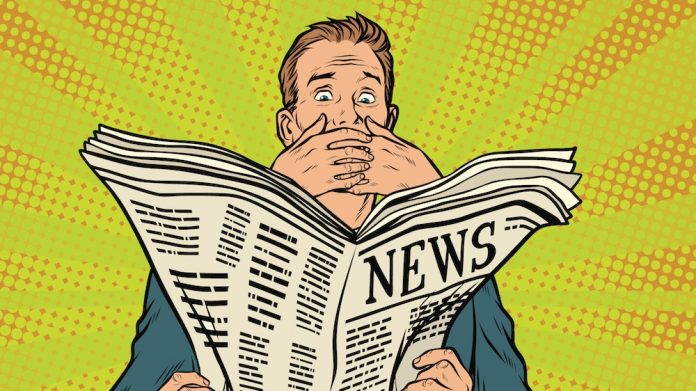 Revelations that both problem gambling and participation are either flat or falling in the UK have done nothing to correct the barrage of negative headlines which promulgate the opposite. Warwick Bartlett, CEO of Global Betting and Gaming Consultants, points to similar campaigns that have successfully turned consumers off alcohol and tobacco. But treating gambling as analogous is misplaced.

Having repeatedly charged gambling companies for driving a problem gambling “epidemic”, the British media has remained oddly silent to research
which shows the ill effects of gaming are actually in long term decline.

According to the Gambling Commission’s latest participation report, the figure for problem gambling remains unchanged since 2012, at around two thirds of one percent of the adult population – or only 1.2 percent of British gamblers.

Meanwhile, 57 percent of adults had gambled in the past year, six percent lower than in 2015.

“Understanding the level of problem gambling is an important part of making gambling safer,” said Tim Miller, executive director at the Gambling Commission, and “all of our evidence and data, indicates that the problem gambling rate in Great Britain is stable.”

The GC’s findings should come as positive news for a sector which has undergone a near unprecedented PR assault from public figures and press over the last 18 months. Yet outside the industry, media coverage of these revelations has been invisible – and the calls to stem a unsubstantiated “normalisation” of gambling continue to rise.

In one example, the FT published an article written by Lord Chadlington over two weeks after the report came out claiming that “problem gamblers in the UK – up 33 percent” and “the problem gambling rate has nearly doubled.”

Chadlington quotes a Guardian article from 2017, which incorrectly cites the GC’s report from the year before – a report which also shows problem gambling was unchanged. Apparently facts are less important.

To explain the negative public attitude towards gambling, even when problems and participation are falling, Warwick Bartlett, CEO of Isle of Man-based consultancy firm GBGC, draws parallels between public information campaigns aimed at reducing the consumption of tobacco and alcohol in recent years. Both have worked to reduce harm, he says, but unlike the assault on gambling, both campaigns were based on evidence.

If we take a line through tobacco and alcohol consumption we see a downward shift in participation. Smoking is down from 46 percent in 1974 to about 15 percent today. Alcohol consumption is down from a peak in 2004, 11.5 litres per person to 9.5 litres per person in 2016. It is UK Government policy that said both should be reduced due to the effects on health, and the cost of treatment. There has been a concerted public information campaign to reduce both based on factual information and in the case of alcohol media coverage of binge drinkers at weekends falling outside bars and clubs to give the impression that drinking is not a ‘cool’ thing to do. Clearly this is a policy that works.

I believe the same policy is being adopted toward gambling. The DDCMS along with the Gambling Commission have a policy of prevention through self-exclusion, and because gambling does not harm health directly as does alcohol and tobacco a media policy that fundamentally ignores fact and focusses on small incidents that are blown out of all proportion. The fact is that participation in gambling is not growing, indeed I believe it to be falling, and will continue to fall because this campaign, as has been proven with tobacco and alcohol, actually works.

However, I do believe it to be misplaced for the following reasons:

1. Gambling is not no where equal to tobacco and alcohol in the effects on health. I don’t know of any deaths related to gambling, I know of lots of people who have died from over usage of alcohol and tobacco.

2. The human being has been wired to assess and take risk. If this were not the case we would not be in control of the planet, the technology advances that have happened this one thousand years would not have happened. We would have become extinct. Gambling helps people assess risk in terms of chance and odds, indeed it is beneficial. Which is why many rich people gamble. Gambling exercises their brains to calculate risk quickly. Go to Royal Ascot or any high end London casino and watch very intelligent self-made people gamble, to them it’s like going to the gym.

3. Gambling should be controlled by law that is both proportionate to the risks, and with safeguards for the vulnerable, but please let’s not shame those that gamble for fun. The facts are that gambling in the UK is not out of control and the GC surveys prove that.

4. What I have learned over my lifetime serving the industry is that when you close one form of gambling, gamblers do not stop playing, they simply move to another product. I have seen this the world over where governments over tax gambling to raise money for their treasuries and to reduce demand only to see illegal gambling rise. Even the USA now recognises this having now given the go-ahead for sports betting. Not I believe to raise tax revenue, but to eradicate illegal gambling.