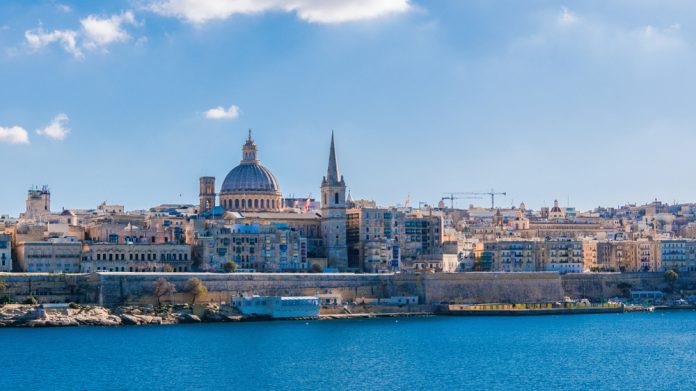 The Malta Stock Exchange has partnered with Binance, the world’s largest cryptocurrency exchange by daily trading volume, to launch a new digital exchange in the country.

The agreement was secured through the signing of a memorandum of understanding on 11 September, by MSX chairman Joseph Portelli and Binance CFO Wei Zhou.

“We look forward to seeing this exciting new market opportunity develop and demolish the boundaries of the Maltese financial sector,” said Portelli. “Whether you like it or not, the technology is here to stay.”

The security token trading exchange will be backed by MSX PLC, the fintech and digital asset subsidiary of the central stock exchange, and marks the latest in a series of progressive decisions by the Maltese government to establish the country as a cryptocurrency hub.

In November 2017 the Malta Financial Services Authority announced its guidance on initial coin offerings and virtual currencies, leading to the establishment of the Virtual Currency Act and a Digital Innovation Authority in January of this year.

Encouraged by Prime Minister Joseph Muscat’s promise to make Malta “the blockchain capital of Europe,” the industry has since seen significant investment, with Binance proposing to move its headquarters to the archipelago in June.

The announcement was followed by the currency exchange, which recently posted daily trading rates of $1.2bn, agreeing its first joint venture with the MSX to support the latter’s Fintech Accelerator Programme.

Speaking at the announcement of the new digital exchange, Malta’s minister for finance Edward Scicluna stated that though cryptocurrency technology posed a level of risk, it is “not an excuse to let it go by and be taken up by others.”

Scicluna added that as part of the government’s much-anticipated regulatory legislation, the authority, in association with the MFSA and MSX, will be taking the “prudent route.”