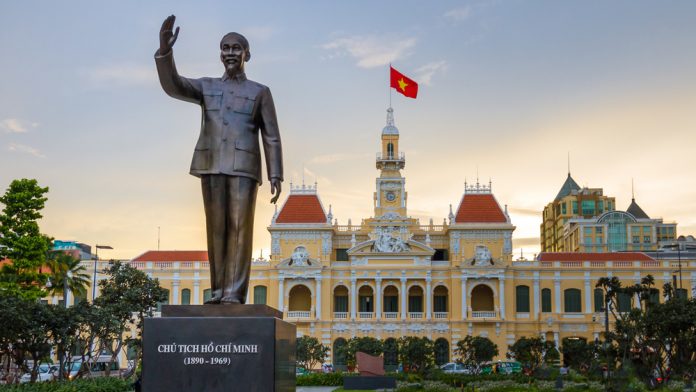 Vietnam’s booming economy, and newly liberalised approach to sports betting is pricking the ears of foreign firms. But how much of a deterrent should the country’s communist overtures and corrupt past be for the international investor? We asked Dr Oliver Massmann, attorney at Duane Morris, to fill in the blanks.

Vietnam is rapidly emerging from decades of economic stagnation, and with it a tentative opening of its gambling market.

At the behest its foreign developers, Vietnam agreed to allow locals into some casino, albeit still on a trial basis, and the first new casino licence was issued in ten years.

Then in June, the National Assembly voted 457 to 1 in favour of a new law that would allow betting on a raft of international tournaments, from the World Cup to UEFA, the ASEAN league and the Copa America Femenina.

In both cases daily bets are restricted to less that $50 per person, and run on a five year trial. But in this 90 million strong, predominantly young, and gamble prone market many foreign companies are exploring their positions.

A simple scale project is underway in Sang Viet City. A combination of Singaporean and Malaysian money will build another facility there, offering horse racing, gaming and golf.

For many however, just the word “communist” is enough of a turn off.

According to Transparency International, Vietnam comes in at only the 107th “least corrupt” country in the world, albeit this has fallen from 123rd in the last decade.

The purging of corrupt officials makes near daily headlines this year, signalling to the intentional community that times are changing, and success in Vietnam is less about who you know. The Ministry of Finance meanwhile is increasingly removing withdrawing the state from various areas of the economy.

Local resident and lawyer at Duane Morris LLP, Oliver Massmann, explains how far Vietnam is along the road to reform, and if it really is a safe bet for the foreign investor.

GAMING TIMES: How has the government’s attitude towards corruption and foreign investors changed in recent years?

DR OLIVER MASSMANN: On its face, the new Government always states that anti-corruption is its top priority. This may not be new because Governments of the previous terms stated that as well. Nevertheless, frankly speaking, recent years witness arrests of many high-profile persons (including a former member of the Politburo and generals of the Ministry of Public Affairs (police) which were relatively rare in the past. Though some people think that the anti-corruption campaign mainly targets political rivals, one cannot deny that corruption is not as rampant as it was few years ago. As an evidence, according to the Transparency International’s reports, Vietnam’s corruption ranking improves in recent years.

iGT: Investors are starting to take an interest in Vietnam’s newly liberalised sports betting market. How reliable is this legislation?

OM: Again apparently, the law on sports betting does not prohibit or restrict the participation of foreign players. Though we cannot rule out a possibility that the Government or in-charge State bodies would, in practice, give more supports to local investors, we trust that the Government would take into account experience and expertise of leading betting companies in the world. This is critical for this lucrative but infant market.

iGT: What advice would you give to firms that are serious about entering this market?

OM: They should find their own ways to sell them effectively and, maybe, loudly by tapping into the needs that the Government may not be fully aware at present. For example, as said, because sports betting market is just in its infancy, everything must be handled correctly and professionally at the outset. In doing so, foreign firms should establish contacts with in-charge State bodies or persons, particularly the Ministry of Finance which plays the key role in managing the market.

iGT: How does Vietnam compare with neighboring markets like Cambodia and Myanmar, in terms FDI clarity and political stability?

OM: I have spent more than 20 years in Vietnam, worked on several Cambodian projects and currently been very active in exploring Burmese market. In my experience, Vietnam has a slight advantage over these jurisdictions when it comes down to both FDI clarity and especially political stability. Please note that despite the power changes on the top level, all of them who well experienced the darkest days of the country (i.e. from 1975 to 1986) are fully aware of the importance of foreign investment in reviving the country’s economy. So even if they have internal conflicts, the key approach to foreign investors is basically unchanged and in fact, foreign companies are barely touched in such in-fightings.