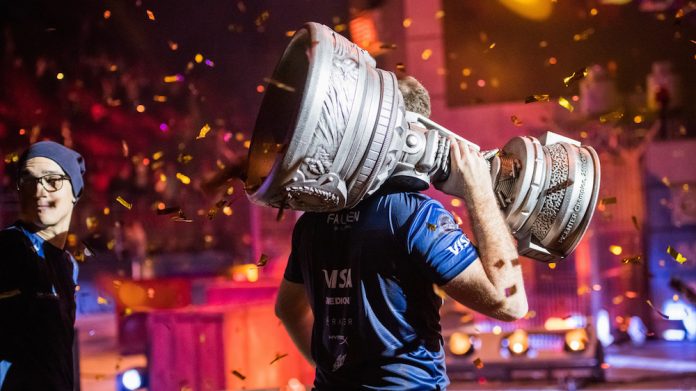 With a focus on authenticity and high ethical standards, esports newcomer Luckbox plans to set a new standard for the sector, eschewing both the fast-and-loose approach of the early skins betting firms and the one-size-fits-all approach of the bigger brands.

This year, esports startup Luckbox became the first ever crypto-supported esports platform to secure one of the Isle of Man’s coveted operator licences under the Online Gaming Regulation Act (OGRA). In a space that had previously been dogged by controversy and patchy regulation, they wanted to send a clear signal that integrity and social responsibility are non-negotiable.

While Luckbox is new to the scene, at its core is an executive team of gambling industry veterans and esports enthusiasts with decades of combined experience managing all aspects of gaming, crypto and esports operations. Under the catchline, “Esports betting done right”, they’re aiming to create a product that will resonate with passionate esports fans while also maintaining high regulatory standards – a combination that has until now been something of a rarity in the sector.

“What makes us different is our expertise in gambling and the passion for ethics in the gambling space that many of us who came from Stars Group shared from Mark Scheinberg, the owner back in the day,” explained Quentin Martin, Luckbox’s chief operating officer. “PokerStars was all about player first, 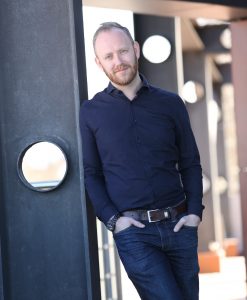 player protection, responsible gambling, doing the right thing, and I think that resonated with us. We’ve taken a lot of that integrity and we’ve added it to esports betting, which started out as quite a huge, unregulated upset.”

Transitioning from poker to esports was a logical step for Martin, who started his professional life as both a poker player and gamer. While his stint as a semi-professional gamer predated the birth of esports, he recognises several similarities between the world of poker and its Millennial counterpart: both are niche sports, both games of skill, and both are driven by an intensely dedicated community that places a very high value on authenticity.

“The most important thing about the esports community is being authentic to it,” he said. “Which is why one of the key differentiators for us is focusing on esports exclusively. There are multiple reasons why the incumbent, much bigger gambling companies won’t succeed in the long-run in esports – but one is that they’re not trying to connect with esports fans, they’re trying to cross-sell it to their existing traditional sports fan-base. You like football, that’s why we acquired you, but hey, here’s esports, go bet on it.”

In contrast, Luckbox’s executive team wants to take an integrated approach to marketing that reflects the logic and ethos of the brand. Rather than throwing money at a smattering of influencers and sponsorships, fans of esports should be able to see a pattern emerging in the way the business supports the community and its players, says Martin.

“It’s not about sticking a label on, it’s not about saying we sponsor this team, so now we’re esports,” he explained. “It’s about giving back to the community, talking about it, being involved and trying to help support the integrity of the game through working with ESIC and being an active part of it. Social media, content marketing, these are all buzzwords in the last five years, but they’re absolutely relevant in a space so dominated by the elusive GenY millennials that traditional sportsbooks have been failing to reach.”

The path to acquiring – and, more fundamentally, retaining – the sought-after Millennial market is about more than just advertising spend, however. It’s also about product. This is why, while still in the development phase of their platform, the esports start-up has placed a heavy focus on user experience, dispensing with the traditional sportsbook formats and legacy software that has come to characterise large swathes of the sportsbetting market.

“We’re making sure we build everything in a modular fashion so we can plug and play, chop and change, as the customer changes and as our ability to react to them and the size of our company changes,” said Martin. “And we’re also making sure that everything’s built to absolutely modern tech standards.

“We believe that the user experience is so important to our target demographic that a clone of the spreadsheets of today’s sportsbooks isn’t going to resonate with them, because they’re used to the exceedingly high-quality interfaces of the billion-dollar gaming industry. The challenge is continuing to deliver an engaging product that gives them the hits of the adrenaline that they want as quickly as they want.”

To an extent, this has meant starting from scratch – looking at things that have become commonplace in the industry with an outsider’s perspective, and finding new ways to operate. It’s a complicated approach, but one that Martin hopes will see the company eventually becoming one of esports betting’s biggest and most successful brands.

“Sure, things are going to start small, but the ambition of the company isn’t just to dawdle along and be OK,” he said. “I’d like us to be the third largest esports betting company in the world. Targeting numbers one to five, that’s the standard I’m holding myself to, and we’re well funded, we’ve got a hard-hitting management team, we don’t want to settle for second best.”

From the decisions the firm has made in its formative stages, it’s clear that Luckbox are gearing up to become a major global player: adopting crypto to ensure frictionless payments for people in multiple jurisdictions, implementing high-tech security and fraud systems and opting for the OGRA, a licence that has enabled some of the world’s biggest gaming firms to successfully launch international operations.

“In terms of the Isle of Man licence, it’s great to be able to expand into other markets globally,” said Martin. “Most countries in the world don’t have their own local rules and regulations, so it allows us to target something like up to 75% of the esports fan base in a legal and safe way, because we’re not just thinking on a short-term basis. Our intention is to do it correctly.”