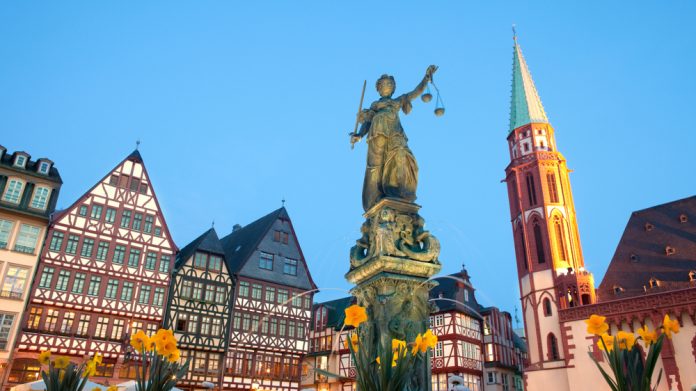 Success in business and customer protection are not mutually exclusive,” Volker Bouffier declared to a room of gaming industry representatives this August. Speaking at a parliamentary evening hosted by two coin-op industry trade bodies, the Conservative politician and president of Hesse delivered a damning verdict on the state of online gaming regulations in the country.

“We urgently need a sensible compromise,” he said, adding that “the enjoyment of gambling does not have to lead to personal ruin.”

Bouffier said he had been calling for the regulation of online gambling since his time as minister for the interior and sport in Hesse between 1999 and 2010, “and back then we didn’t even have smartphones”.

Sportsbetting and gambling regulations are a devolved matter in Germany, which means that any new law must be agreed upon by all sixteen states of the Federal Republic – the vast majority of which have coalition governments. Over the few years, the inability of state presidents to reach a consensus on the heavily criticised Interstate Treaty on Gambling has led to long periods of dead-lock during which prospective operators have been unable to obtain a licence.

Northern state Schleswig-Holstein, a traditionally pro-gaming state that set up it own breakaway online jurisdiction between 2012 and 2013, prompted further uncertainty last year when they decided to vote down an amended version of the Interstate Treaty. The amendments would have implemented a uniform sportsbetting licensing framework throughout the country, as well as instigating regulations such as a monthly deposit limit. At the time, state ministers in Schleswig-Holstein said the Treaty was in violation of EU law, and declared that they would instead look at once again establishing their own regime.

Speaking at the parliamentary evening in August, Dr. Heinz-Georg Sundermann, CEO of Lotto Hessen, described Schleswig-Holstein’s decision not to ratify the treaty as a “classic political mistake”, because at the very least, the treaty would have made provisions for a regulated sportsbetting sector. “In mainstream politics, we are not at top of the agenda,” he said.

At present – and pending a long-awaited regime liberalisation – online casino games are illegal in Germany, although a number of remote operators have gained access to the market under other EU licences. The number of people gambling through digital channels has soared over the past decade, prompting other countries across the continent to try and put in place fit-for-purpose online regimes over the past few years, but discussion around online gambling in Germany is still “stuck in the stone age”, said Bouffier.

Meanwhile, state governments continue to come under pressure from industry lobbyists, as the German Sportsbetting Association (DSWV) and German Online Casino Association (DOCV) continue to push for change. This August, the DSWV announced that it had further strengthened its membership with the entry of two major sportsbetting firms: Playtech’s B2B betting subsidiary BGT Sports, and international betting group Kindred.

Commenting on the current regulatory stalemate, DSWV president Mathias Dahms said: “It is incomprehensible that today the federal states haven’t issued a single sports- betting licence, even though, from 2012, the Interstate Treaty on Gambling provided for the opening of the gaming market to private operators.

“As a representative of all of relevant private betting firms in Germany, the DSWV will continue to work towards an amendment to sportsbetting regulations that offers legal certainty to consumers and providers and permits the authorities to take action against illegal black market offers.”

But despite forceful words from state politicians and industry stakeholders, many experts believe that the deadlock on online casino gaming and sportsbetting is likely to continue for some time, leaving licensed operators to battle it out in an unregulated grey and black market.