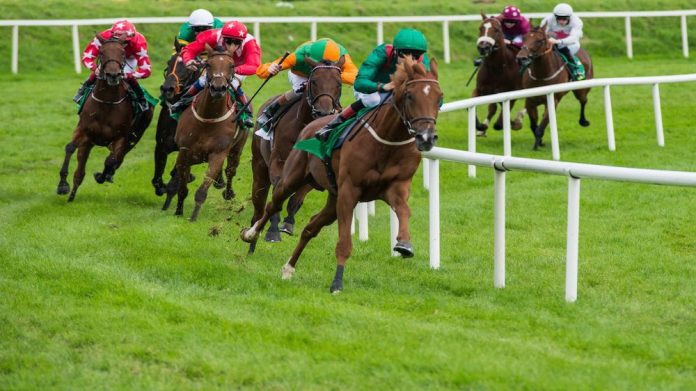 With UK revenues increasingly tricky to come by, William Hill’s CEO Philip Bowcock says the US could one day become its largest market. In the meantime however, success across the pond is essential, if only to stand still.

Success in America has become a do-or-die endeavour for British bookie William Hill, as the firm reports major incoming losses in the UK due to a change in FOBT stakes.

In an H1 trading update (covering the 26 weeks to 27 June) Hills said “exceptional charges” of £916 had dragged its balance sheet into a pre-tax losses of £820m – worlds away from the £93m profit posted in the same period last year.

The isolated charges included £883m associated with one product in one market: fixed-odds betting terminals and the UK government’s decision to cut the maximum stake from £100 to £2.

Furthermore, a preliminary estimate suggested 38 percent of Hill’s retail estate (some 900 shops) would become unprofitable soon after the law coming into effect – and would each cost around £50,000 to £60,000 to close.

The news follows a similar announcement six months ago, when Hill posted major losses at its Australian division follow- ing regulatory changes there.

The bookmaker ultimately decided to get out of that market, selling its operations the Stars Group.

William Hill’s saving grace is its pole positioning in the unravelling US markets – which now becomes far more than an ancillary item on the firm’s quarterly reports.

In Nevada, Hill has dominated the market for several quarters, running over 100 sportsbooks in Vegas and beyond. It has begun to stake this claim on Atlantic City too, with its 22 betting windows at Monmouth Park making $2.3m in the first month, leading to another concession granted by Ocean Resorts Casino and digital launch any day now.

While some have grumbled at the lack of legislative progress bring more states online, Joe Asher, CEO of William Hill USA, isn’t one of them.

“I don’t see it going slow. We’re on the other side of it, and ramping up real fast,” said Asher before listing around a dozen new markets Hill is either in, or actively preparing to enter.

Already in August the bookmaker has announced a deal to run sportsbooks at 11 Mississippi casinos, making it the state’s clear market leader. It announced new partners in West Virginia and Iowa a week later; in Delaware it’s the “risk manager for the entire state”; and has teamed up with Rhode Island’s lottery provider for sports betting there too.

“One of the things you haven’t seen since the Supreme Court’s decision is any type of major opposition or blowback to what’s happened,” Asher added. “I think largely the public has accepted it from a policy perspective and its moving forward.”

It is now said to be in talks with casino operators across 14 more US states – the most prominent of which could result in a joint venture with Penn National – which would mirror the one struck between GVC and MGM in July.

Referring to MGM’s deal with the NBA, Asher also noted a general softening towards the leagues.

“You’d have to ask MGM what motivated that deal, there are a lot of pieces to it clearly”, said Asher. “But certainly we’ve been in discussion with some of the leagues. There’s clear intellectual property.

“Not everybody watching the game is betting the game, but everyone betting is a fan.

So our fans are their fans. Obviously there’s some areas of disagreement but broadly speaking there’s a lot of business to be done together.”