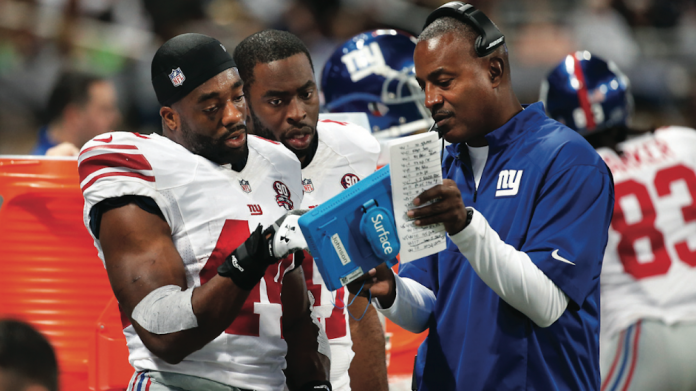 The American sports leagues’ struggle for integrity protections is shifting from fees to data sharing – and from lobbying lawmakers to striking commercial agreements with gaming.

Five states now have sportsbooks up and running, but not one of them requires operators give sports leagues a piece of the action.

Subsequently leagues efforts to secure terms have shifted, away from statutory law and the infamous one percent of wagers, towards more data-centric deals struck directly with private gaming companies.

MGM will pay $20m towards its deal with NBA, but the partnership was inherently about data exchange. The league will share its official branding and data with MGM’s bettors, while anonymised betting data will be shared back with the NBA to monitor suspicious activity (see North America, page 14); potentially a blueprint for other privately brokered deals.

“Commercial agreements, not statutory requirements, make the most sense to both the leagues and the industry,” said Eric Schipper, VP of Penn National’s public affairs, at an ICE Sports Betting USA webinar in August. “The NBA’s recent partnership with MGM proves this point.”
“We’ve had numerous discussions with interested parties to discuss the best ways to develop these commercial partnerships and we suspect many others are doing the same.”

Only New York’s bill, which is still being considered, provides for a more viable 0.25 percent of wagers – and leagues will have until some time next year to keep lobbying there. But on the whole, the issue of integrity “fees”, calculated as a fixed percentage of bets placed and enshrined by law, seems to be sliding off states’ agendas.

Going somewhat against the grain (and after announcing in June they would not) NCAA colleges are now saying they would like integrity fees. The money would be used to pay for “compliance staff” and educating players on how match-fixing works; to make sure universities “don’t become another Boston College or a North- western,” said one college athletics director, referring to two past fixing scandals. The AGA denounced the suggestion to the Associated Press as “absolutely absurd.” While, Dr Laila Mintas, VP at Sportradar, points out that the best way to prevent fixing is to “just pay the athletes“ (see page 4) like everyone else.

Beyond the NCAA the integrity approach is shifting, and away from a focus on funding. Owner of the NBA’s Washington Wizards and the NHL’s Washington Capital, Ted Leonsis, jibed that ”If the leagues had a second chance, they would have relabeled their demands. The levels of integrity in pro sports around gambling and gaming already are incredibly high.”

Instead, and “just like most other companies”, Leonsis said he would be “looking at how data can become a line of business for us, as well as a better way to inform how we play the game, how we train the players, how we do competitive matchups and the like.”

Unlike the issue of fees, an answer to whether the leagues are owed access to the reams of lucrative data collected by betting companies also appears to be crystallising, with many now conceding the leagues do have some intellectual property there.

That the phrase was used by both MGM and NBA to explain the logic of their deal could be performative – potentially setting a commercial standard in a legal grey area.

Joe Asher, William Hill US CEO, conceded in August “there is clear intellectual property” (see page 2) and suggested pursuing deals on that basis.

While gaming attorney Daniel Wallach thought MGM’s departure could “serve as a precedent”, he told Sports Illustrated, making it easier for leagues to pursue data sharing in state legislation.