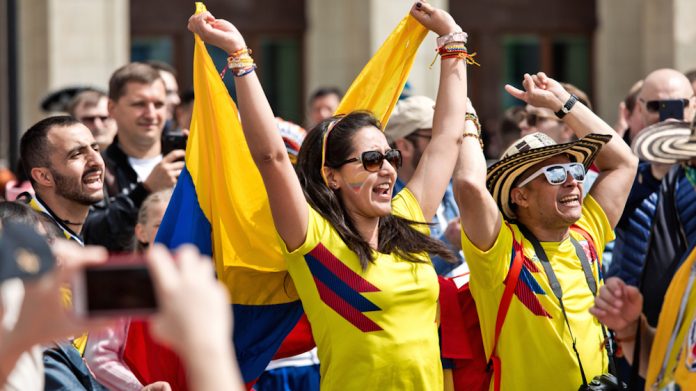 Coljuegos has reported that Colombian gamblers placed $60.6m worth of bets during this year’s FIFA world cup, with 1.1 million bets wagered on the country’s national team alone.

The regulator recorded over 13 million bets throughout the tournament, made through the country’s 12 licensed platforms, generating $51.5m in prizes.

“The two biggest prizes awarded were $12,000 on bets placed in the England versus Belgium, and Panama versus Tunisia matches,” said Coljuegos president Juan B Perez Hidalgo.

“In the case of the Colombian national team against Senegal, one player won $10,371, becoming the highest prize awarded for a meeting of the national eleven.”

Coljuegos also noted that the country’s licensed gambling sites, which had welcomed an average of 130,000 players per month between January and June, saw an additional 330,000 players register during July’s competition.

The strong period of performance for Colombian online gambling, first legalised in 2016 before the inaugural licence was granted in June 2017, follows sustained growth for the industry.

Beside the approval of two new licensees in June and July, online operator tax figures for the first half of 2018 jumped 78 percent from the last six months of 2017, reaching $4.8m, processed by Coljuegos into the country’s health service.

Hidalgo has also maintained the association’s intention to license a total of 17 operators before 2019, with July’s figures proving Colombian demand for online gambling remains high.