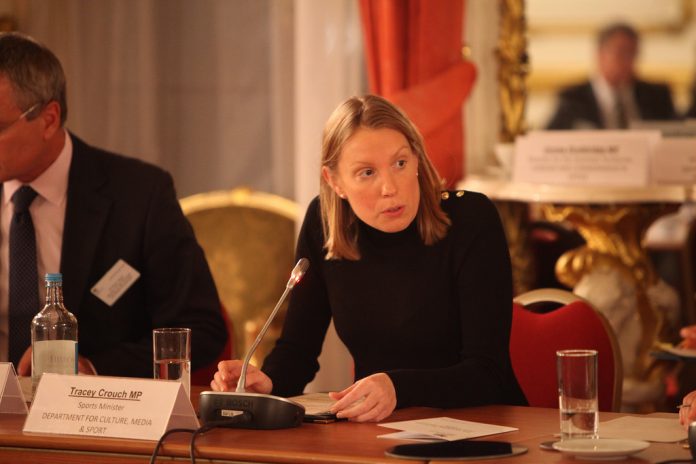 Top executives in the British gambling industry have acknowledged the proliferation of gaming ads on TV and have called on the government intervene with new policy.

Bizarrely, however, the only response from government so far has been a string of tweets from culture media and sports minister Tracey Crouch, saying government “need not be involved.”

“Surely if William Hill CEO and others think there are too many ads, they just stop advertising,” said Crouch.

“Why does Gov need to do something? We don’t force them to advertise.”

Crouch’s remarks came after reports of a consensus emerging that the laws around TV gambling advertising need updating.

William Hill’s CEO Philip Bowcock said: “Some sort of change is needed, but that has to be led by government. It’s incumbent on them to step up to the plate and have a serious discussion about it.”

While Paddy Power said it too was “supportive of further regulation … to reduce the volume of pre-watershed TV advertising to protect young children.”

The calls for new regulations were quickly picked up by the opposition Labour Party, rolled into ball and lobbed at the government.

Deputy opposition leader, Tom Watson, said the gambling industry has “rarely been united over issues of social responsibility – so when operators are openly admitting that the level of gambling advertising has become a problem, we have to take it seriously.

He added that government had “avoided taking the action needed and continued to rely on out of date evidence”.

The minister, Crouch, who has overseen gambling policy since 2015 said: “We always keep these things under review, and have strengthened rules in latest policy update.

“My point is if the industry leaders themselves think there are too many ads then don’t commission them. Gov need not be involved.”

The stance has since been decried as naive, especially coming from a business-related policy-maker.

Paddy Power’s CEO Peter Jackson put it mildly: limiting ads is “difficult for the industry to do this on its own

“Even if progressive operators agree to restrict ads, unless there’s legislation passed, less responsible operators step in and continue advertising.”

Lorien Pilling, director at consultancy firm GBGC went further to say that even if ad restrictions are in place, it would have to be enforced watertight to ensure that more responsible firms do not get punished.

“If gambling companies choose to ignore the ban and face insignificant consequences, then those that adhere to the ban are at a disadvantage,” said Pilling.

Having said that, Pilling added that a successfully restrictive regime could “save gambling operators some money”, who are currently trapped in an arms race of spiralling marketing costs.