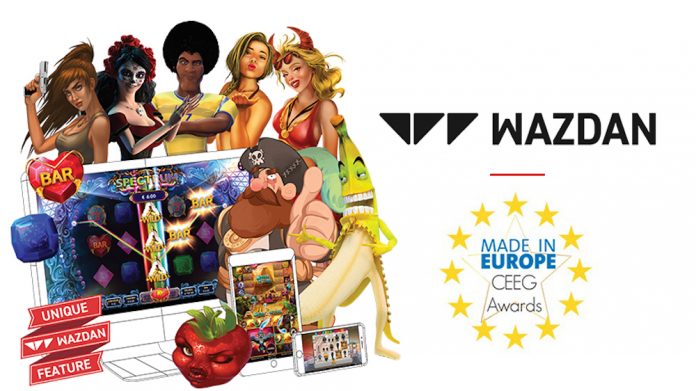 Award-winning game-maker Wazdan is looking to add to it’s haul of awards having been nominated for four prestigious Central and Eastern European Gaming Awards (CEEG Awards).

The CEEG Awards celebrate gaming software suppliers, operators and service providers for their outstanding contributions to the online sector of the industry in their respective fields. It is widely considered one of the most prestigious and transparent awards in the igaming industry.

of a meteoric year for the innovative technology company, whose ‘Passion for Games’ is converting into a much higher profile within the industry following the opening of a new European office in Malta with a big party in May; winning Hot Product Award at G2E Asia and also winning Start-Up of the Year Award at the MIGEA Excellence Awards, as well as being nominated for the EGR awards; and making inroads at all the major expos culminating in throwing a canal boat dinner party for partners and industry collaborators during iGB Live! last month.

This year Wazdan has signed with some of the biggest names in the industry including EveryMatrix, Videoslots, SlotMillions, Tipbet, Iforium, iSoftbet, Evenbets, Groove Gaming, Globalplay, Tipbet, Rabbit Entertainment, SoftGamings, Solid Gaming and LadyLucks, amongst others.

The operator’s studios are experienced in developing games and technologies for desktop, tablets and mobile, with a particular emphasis on mobile. The Unique Wazdan Features, that include the world’s first Volatility Levels, Energy Saving Mode, Double Screen Mode and Unique Gamble Feature are a central element to deliver value for casinos as well as a deeper, more engaging player experience.

Head of Sales at Wazdan Andrzej Hyla said: “With our significant achievements in gaming software development, Wazdan is starting to receive international recognition and awards, confirming our position as one of the industry’s most innovative providers. You could say this is our breakthrough year, and I’d like to thank everyone in our team for all their dedication and hard work. It’s great that this is being recognised by an ever increasing section of the industry.”