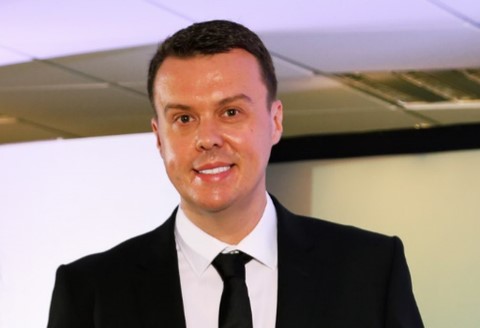 Sponsoring an English Premier League club had long been an ambition of mine when the opportunity arose at the beginning of the 2017-18 season.

At LeTou, we were very well known among the gaming community in Asia but were not as widely recognised as our competitors outside of those circles.

Our deal to become the principal shirt sponsor of Swansea City FC was primarily a branding exercise and allowed us to become a real household name within the industry.

The Premier League is the most popular sports league in the world and particularly in Asia, and it really allowed us to promote our branding message home to everyone there.

Having our logo on Swansea’s shirt every week provided us with instant credibility among customers, safe in the knowledge that their money was with a reputable company.

The Premier League now accounts for the highest number of football bets across the world, but it is not the reason that betting companies become shirt sponsors.

When there were bigger games on television in Asia, for example Swansea at home against Manchester United and with LeTou on the LED messaging boards, we could see a slight uptake in the number of bets placed.

But the overall objective for us and other Asian gaming companies was always to increase our brand awareness, and this was where we enjoyed great success.

This tactic is working for numerous betting operators both in Asia and Europe, with nine of the 20 Premier League clubs again sponsored by betting companies for the upcoming season.

It will be interesting to see if the government do anything to regulate shirt sponsorships in the future, with the Labour party suggesting they would ban betting companies from jerseys were they to be elected into government.

The UK government has already made it clear that they are looking to clampdown on gambling with the maximum stake on fixed-odds betting terminals (FOBTs) reduced from £100 to £2 in May.

And last month’s FIFA World Cup in Russia saw the Advertising Standards Authority receive 115 complaints about gambling adverts with ITV criticised for running over 90 minutes of adverts throughout the tournament.

Betting sponsorships are an easy target to replace and the Italian government showed recently that brands cannot be complacent by announcing they will ban all gambling advertising from 1 January, despite half of all Serie A clubs sponsored by gambling firms.

With the political climate currently very uncertain in the UK it is difficult to predict what the future holds for gambling advertising.

Adverts on television must now have the ‘please gamble responsibly’ message throughout and other measures are being introduced to ensure fans are not overwhelmed with new sign-up offers and big price boosts.

We ensured that the Swansea City children’s kits did not display our logo last season and that we were not advertising to individuals under the age of 18.

Despite the main objective of our sponsorship being to build brand awareness, we also wanted to engage with the club on a community level.

Many sponsors simply sign a cheque and then reap the rewards of their association rather than building brand rapport, but we were not prepared to do that.

Donating our entire corporate hospitality and season tickets to two local charities – Shelter Cymru and Disability Sport Wales – at the start of the season showed that we were serious about engaging with the local community.

There are very few leagues or competitions in the world that can compete with the English Premier League in terms of reach and eyeballs for sponsors.

In Asia, the league that is up there with the Premier League in terms of bets placed and interest is the National Basketball Association (NBA).

This is despite the fact there is only one Chinese player currently in the NBA and not a single player featuring in any of the 20 Premier League squads.

As shown by the number of Chinese sponsors at the recent FIFA World Cup in Russia, however, it’s clear that the country is looking to exert its influence in the world of football for years to come.

It remains to be seen if gaming companies will be prevented from sponsoring Premier League teams in the future, but until that happens you can bet on many more lucrative deals being signed.