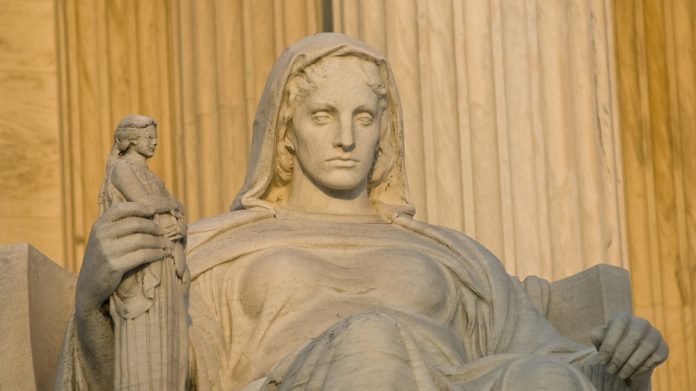 PASPA may have been repealed, but does a sixty-year-old federal statute still stand between states and legal online betting? In a webinar previewing this year’s ICE Sports Betting event in New York, US gaming lawyers discuss how the vague words of 1960s lawmakers leave the future of sports betting open to interpretation.

In 1996, Jay Cohen left his San Francisco job as an options trader to set up a new internet betting company in Antigua, the World Sports Exchange.

A pioneer in gaming, the company took hundreds of millions of bets from Americans each year. But after the Department of Justice brought charges against Cohen in 1998, he, along with 21 others, was convicted two years later under the 1961 Wire Act.

He was sentenced to 21 months in prison, for taking bets online and over the phone.

While most people assume the Supreme Court’s repeal of PASPA has cleared any legal hurdles for state-sanctioned sports betting in the US, few are aware that anyone taking, or assisting in the taking of bets over the internet could still be indicted under the same 1961 statute as Cohen.

Despite being written before the internet was even conceived by its authors, the Wire Act’s wording, vague as it is, still technically reads as a federal ban on internet betting:

“This is a poorly written statute,” said Anthony Cabot said, distinguished fellow at the University of Nevada in Vegas.

“It has 96 words in a single sentence, and it has a lot of unexplained terminology. What’s the difference between bets and wagers, or between sporting events and contests? What is information? What does it mean to ‘assist in placing a wager’? And what are ‘wire communications?”

“The poor drafting and the fact that it’s 60 years old is going to lead to some very interesting conversations,” said Cabot.

Perhaps most concerning of all, there is nothing in the Act to say it only applies where the underlying bet is illegal. Theoretically an online bookmaker, operating in a regulated market under a licence issued by the state, could still be convicted.

“Many believed the Act was never intended to restrict lawful sports wagering operated under a state sanctioned regime,” said Mark Hichar, partner at Hinckley Allen. “One of the key purposes was to help combat organised crime, and was part of group of laws intended for that purpose.”

Nevertheless, a lack of definition in the script still leaves open “a number of unanswered questions”. One of more worrying being: what constitutes “information assisting in the placing of bets”?

“This is critical, because if you are, for example, providing software to a sports betting operator, you could fall within the ‘aiding and abetting’ liability in the federal law.”

How far this assistance clause can be applied pulls much of the supply chain into question: from risk management services, to software, data and odds.

“This is what happens when you have 60-year-old laws that haven’t been updated,” Cabot interrupted. “You have these issues because the law was never intended to apply to this technology and information services available today. There are areas to argue in both directions.”

That the Wire Act can be interpreted to a variety of ends, leaves it susceptible to those with more political motivations.

Steve Geller, Broward County Commissioner and former Florida senator, points out how easy it would be to argue that internet sports betting amounts to a violation of federal statute – if that was the preferred outcome.

He reminds that the 2011 opinion from the Obama Department of Justice, clarified that, while the Wire Act says nothing on that prohibit casino games via the internet, it did apply to betting:

“We conclude that the Wire Act prohibits only the transmission of communications relating to bets or wagers on sporting event or contests,” said the DoJ, seven years ago.

Geller warns that even this red line could yet be rescinded. “Regardless of whether you’re a ‘D’ or an ‘R’, President Trump seems to delight in reversing everything that President Obama did, and certainly attorney general Jeff sessions is far more conservative than Eric Holder was.

“I would not be surprised to see them reverse the 2011 memo and say the Wire Act is far broader. That’s another thing you need to understand: politics.”
Referring the fate of Cohen, who maintained his business was legal, even as he languished jail, Geller advised firms not to be too clever.

“Don’t argue with people with badges and guns,” he said. “Some of this might sound like an esoteric discussion, but if you do something wrong you could also end up in federal prison. So my advice is to be conservative until this is clarified.”