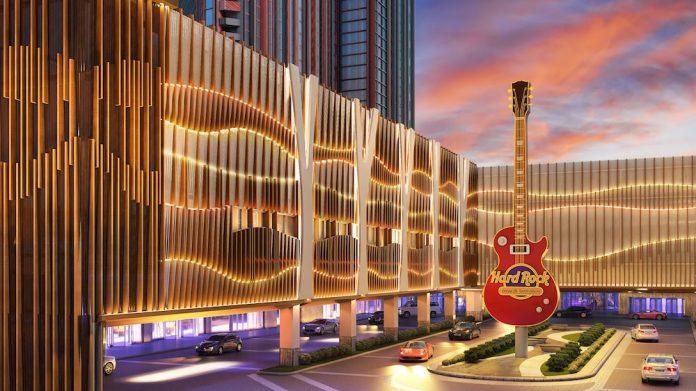 Bet365 has partnered with Hard Rock to offer sports betting at its Atlantic City Boardwalk premises, once approval is granted by New Jersey authorities.

Though not confirmed by either company, the Seminole Indian tribe-owned hospitality company and British online operator have received part sanction to offer the service by the state’s Division of Gaming Enforcement.

“For good cause shown, Article Three of the June 19 Letter of Intent is deemed to be approved for a term to expire on 31 July, 2018,” said a letter signed by DGE director David Rebuck.

The letter is not explicit as to what Article Three represents, however the original petition made by the Bet365 and Hard Rock specifically concerns “sports wagering related business.”

The Hard Rock Atlantic City Boardwalk Casino was officially opened on 28 June, with CEO Jim Allen stating the company was restricted in its spots betting offering due to existing partnerships with the NFL and Miami Dolphins.

However, the original petition is dated nine days earlier, and if approved would make Hard Rock only the fifth venue in New Jersey to offer sports betting.

The Borgata and Ocean Resort casinos in Atlantic City, and Monmouth Park Racetrack collectively took $16.4m in wagers during the first two weeks of legal sports betting in the state, before being joined by Meadowlands Racetrack, just six miles outside Manhattan, on 13 July.

Hard Rock and Bet365 are expected to announce the deal the DGE determines what can be made public under state law.