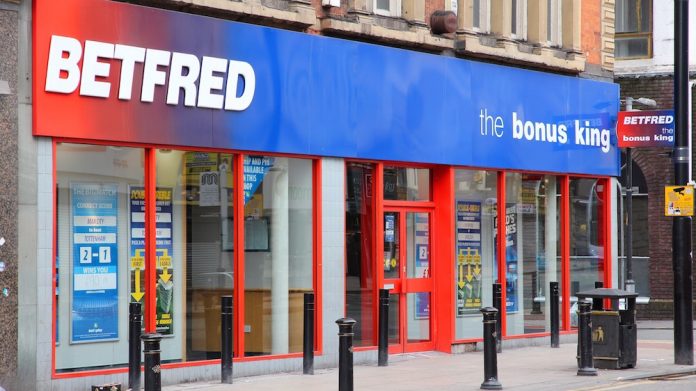 Despite reported good growth across eight gaming divisions, Betfred was pulled into the red in 2017. With a new FOBT stake now looming, the retail-centric adds puts an emphasis on SSBT to minimise the losses.

  Betfred disclosed suffering a loss of £13.4m for last year’s trading, despite a significant gain in revenues.

The privately-owned bookmaker said it saw a nine percent lift in revenues for the 12 months to September, to £634m, while earnings grew by three percent and total turnover soared 17 per- cent to £12.6bn.

However the end of year financials were dragged eight figures into the red by higher gaming duties and the decline of a goodwill impairment of its digital assets.

In the previous 12 month period Betfred secured a profit of £32.4m. More pain is coming for the retailer. The news comes a month after the bookmaker revealed nearly 60 percent of its 1,666-shop estate will likely close in the wake of the UK government’s decision to cut FOBT stakes to £2, resulting in 4,500 job losses and a “massive funding hit for the horseracing industry.”

Thought to be one of the hardest hit by the incoming measure, the firm’s owner, Fred Done, has reportedly considered filing a judicial review to challenge the £2 stake, which the firm’s boss Mark Stebbings described as “disproportionate” and based on politics rather than evidence.

“These are people we have employed, trained and worked with for many years, and much upset and heartache will go into having to make them redundant,” Stebbings said at the time. “In addition, there will be a huge impact on indirect jobs, with Betfred having 592 suppliers alone.” According to analysts at Regulus Partners Betfred relies almost exclusively (83 percent) on retail revenue, the lion’s share of which typically comes from machines.

Whereas, and unlike the the other UK bookmakers who have driven strong growth online in anticipation of a change in stakes, Betfred’s digital revenues grew only three percent in the last year. The retail first bookmaker may be hoping it can reverse its fortunes in-store.