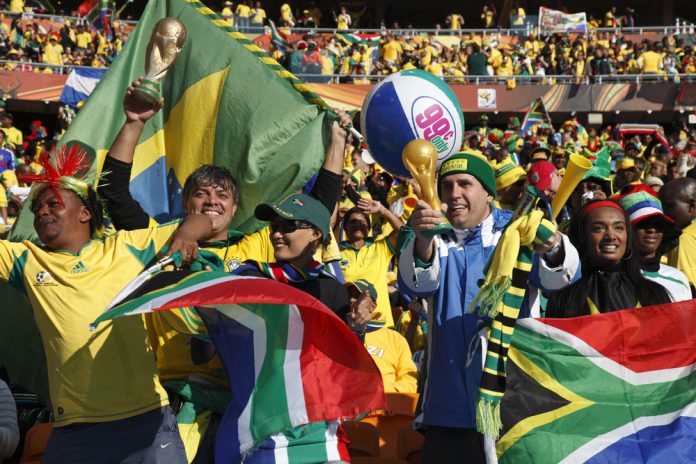 As a series of undercover films reveal systemic bribery running right to the top of African football. Jake Marsh, head of integrity operations at the Perform Group, explains how a “culture of corruption”, once embedded in governance, can be so hard to weed out.

The footage collated by a now controversial journalist, Anas Aremayaw Anas, and published via the BBC news channel, reveals, numerous cases of bribery, from $600 being accepted by a World Cup referee, up to “the second most powerful man in African football” bagging a cash gift of $65,000.

For Jake Marsh, head of integrity operations at the Perform Group, the breadth of the revelations taking place at every level of the system points to a “culture of corruption” that won’t easily be resolved.

At the lower end of the spectrum the worryingly low amounts of cash needed to induce referees shows, on the one hand, how poor remuneration for officials leaves governance vulnerable to opportunistic interference.

In one case a Kenyan referee, Adel Range Marwa, who was at the time due to officiate at this year’s World Cup in Russia, was filmed accepting $600 from an undercover reporter in what appeared to be an introductory offer towards future cooperation.

“Thank you for the gift,” the ref, who has since resigned, was filmed saying. “But you know, the most important is our friendship, getting to know each other.”

For Marsh, however, the amount of money passing hands in this case “is almost besides the point,” given what the investigation is alleging is that “corruption is systemic in the organisation and this is a key reason why a referee may be willing to take what- ever he can get.”

“Of course, if referees are not paid a suitable salary then they may be more susceptible to corrupt approaches,” Marsh adds. “But it is important to note that the undercover investigation does not just make allegations against referees for taking inducements for match-fixing but also against administrators within the sport in relation to kickbacks on sponsorship deals and in connection with government contracts.

In terms of best practice, “referees need to be trained, remunerated and embedded within the organisation on a professional level along with educating them on integrity and the risks associated with breaching corruption rules,” Marsh assures.

In a commensurately more concern- ing incident, the president of Ghana’s FA and Fifa council member Kwesi Nyantakyi, is also filmed taking cash from an undercover reporter, this time a plastic bag filled with $65,000.

The reporter in this case was posing as a Middle Eastern businessman supposedly interested in a sponsorship deal with the GFA. According to the footage, Nyantakyi went on to negotiate a deal that would give a cut to his own company, that would potentially have seen him benefit by $4.5m.

The coverage has sent shockwaves through African football with Anas himself being accused of entrapment and enticement, with one leading Ghanaian lawyer, Charles Bentum, saying that “for the law, the giver is as guilty as the receiver. So, you cannot exonerate their enticer and condemn their…victim.”

Anas’ repost was simply that “tilting the scale of justice in favour of one team it’s wholly unacceptable, let alone stretching your arm to collect money.”

But for Marsh, again it is less about the individuals involved here, and more the top-down culture of taking anything you can get – both product and producer of a systemic misdirection of funding.

“If this is proven to be true then what this case demonstrates, and the sheer scale of the alleged corruption, is that poor governance from the top down does not foster ethical behaviour in those who exist within its framework, including match officials and administrators.

“If an organisation has a culture of corruption then it is easier for others to justify their own nefariousness. As has been seen in recent years, there are numerous examples in sport where officials at the top are disrupting normal financial flows and this can then also have an impact in protecting the integrity of sport.”