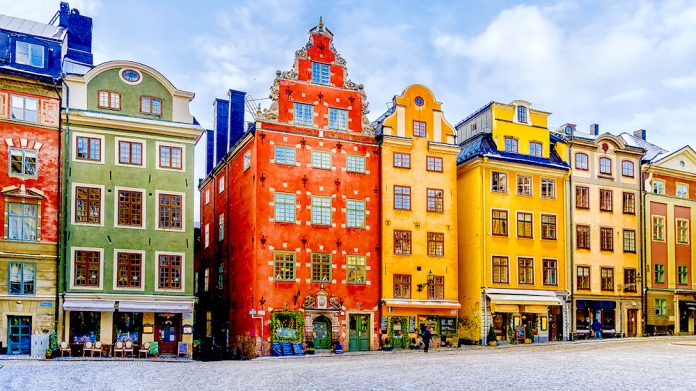 Sweden’s parliament almost unanimously approved its new gaming bill in June, which will introduces online regulation for the first time in the country. However there is plenty of fine tuning yet to take place, especially regarding the fate of the monopolies.

An encouraging 93 percent of parliamentarians (282 votes) got behind a package to allow international firms, many of whom are already servicing the local market, to obtain licences.

The move is being driven by a desire to control and tax more of its gaming market, with international and hitherto unregulated online firms taking an ever greater slice (see chart). Nevertheless, in splitting the market into competitive and non-competitive sectors, while allowing one firm to work across both, the system faces criticism for not being open enough.

The non-competitive sector will include land-based casinos, gaming machines, bingo and lottery products – all to be conducted by incumbent state-run operator Svenska Spel, and various charitable organisations.While the competitive sector is likely to include online gaming, sports betting and horse racing.

In the competitive element, Sweden sets an attractive tax rate of 18 percent for online operators – a figure landed on after assessments of regional comparators; the UK (15 percent) and Denmark (20 percent) – and calculated on the difference between stakes and payouts.

Yet concerns remain over the role of the monopolies. The horse racing monopoly, ATG, whose operations will be hit with a wave of licensed competitors next year, is already negotiating with Kambi to launch a new sportsbook to cross sell to its half a million users.

Whereas Svenska Spel, which runs various land-based outlets, will retain a privileged position of operating across both the competitive and non-competitive sectors.

As Svenska Spel will be able to acquire and retain ng them into an open market, many suggest the reform process could be undermined.

In any case, more amendments are highly likely. The bill itself states that reform will be continuously monitored in respect of channelling and consumer protection, and updated even after the Act is implemented.

Gustaf Hoffstedt, secretary general of the Swedish Trade Association for Online Gambling, assesses the incoming changes, in their current form, and how both the government and newly licensed operators are likely to fare.

iGAMING TIMES : How will the international players already in the market have to change their behaviour due to the added tax burden?

GH: This is obviously a challenge and it may have an effect on the profitability of the Swedish market. The 18 percent GGR tax is acceptable though, and shouldn’t be an insurmountable obstacle.

iGT: Taken as a whole how effective will these measures be at channelling play to licence holders?

GH: The government’s goal is a channelization of at least 90 percent. I believe that may be tricky to achieve, due to some regulatory measures that are less wise. For example, to prohibit loyalty bonuses for operators with a license.

iGT: How else might the re-regulation change the dynamics of the market?

GH: I expect an increased shift from land-based to online gambling. New market- ing arenas will open up for licensed operators, like Facebook, Google and sponsorships within sports and culture.

iGT: Still a work in progress, what else is there in the bill that could be ironed out in the future?

GH: The legislation will be well functioning as long as the legislator and the regulator refrain from adding measures that would hurt the market. Examples of that would be to regulate the return-to-player or to prohibit certain betting types within sports betting.

iGT: How much of an issue is Svenska Spel’s privileged position in the market?

GH: It’s a big issue. It is of utmost importance that we will see a total split of the company between the monopoly games and the licensed games. We can’t accept a holding company as suggested from the company itself.