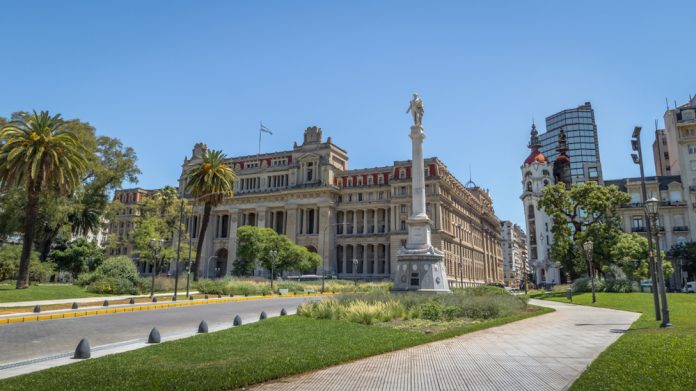 Miljugadas representative Quinton Gregori Marshall has been delivered a suspended three-year prison sentence, in the first Argentinian conviction of an online gambling operator.

The ruling, delivered by the Buenos Aires Criminal, Contraventional and Number One Misdemeanor Court follows the suspension of the Miljugadas domain by the Public Prosecutors Office in July 2017.

“It is very positive to have achieved this unprecedented sentence in our country,” said the head of the PPO, Martin Lapadu.

“[It is] a great incentive to deepen the investigation of more than 180 cases of illegal websites, for which we have already obtained more than 130 judicial orders of national blockades.”

The site accepted bets across the country through the brands Miljugadas, Miljugadas1, Miljugadas2, and Miljugadas55, despite not possessing a licence from LOTBA, the Lottery of Buenos Aires.

The conviction from Judge Rodolfo Ariza Clerici is the first in Lapadu’s continuing drive to suspend domains, freeze bank accounts and identify operators accepting bets beyond the provinces in which they are licensed.

Marshall, a British businessman, was one of four associates ordered by the PPO in January to remain in Argentina till the resolution of the charges, as well as being forbidden to communicate with his fellow defendants.

Though a stark warning to unlicensed operators, those already licensed in Argentina face 41.5 percent corporate tax, alongside a 0.75 percent on each bet, and a two percent tax on online wagers.

A draft bill to impose 27 percent VAT on all offshore digital service providers was  approved by the country’s senate in December 2017.