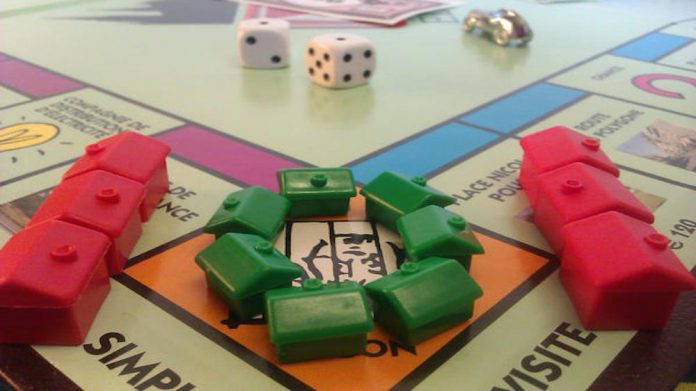 A story-driven adventure, Monopoly Slots brings key components of the classic Hasbro board game to life, allowing players to build their very own Monopoly-themed worlds. Players can build a rich 3D world full of rewards and surprises by playing slots and earning Monopoly bucks. Throughout the game, players construct a train station, put on a concert, discover buried treasure, and complete various missions. The game also takes players beyond the Monopoly board to new worlds like Ancient Greece; these exciting ‘destinations’ are each filled with exotic new slot themes, quests, and characters.

Newly promoted Scientific Games CEO Barry Cottle said, “Monopoly and Scientific Games have a longstanding history of successful collaboration, and this new game launch further signifies the strength of our relationship with Hasbro. Monopoly Slots combines SG’s history of innovation with the power of a household brand, creating an unparalleled gaming experience packed with world-class slots and a revolutionary world-building system reflective of the iconic board game’s key elements.”

Within Monopoly Slots, players will enjoy a number of authentic Bally and WMS brand slot machines. Monopoly Slots will not only connect social casino users with Monopoly-branded content, but also slot games based on Hasbro’s extensive line of household favourites such as the Battleship, Clue, Ouija, and Yahtzee games.

Mark Blecher, SVP of Digital Gaming and Corporate Development at Hasbro said, “For over 80 years, Monopoly fans worldwide have enjoyed a variety of unique ways to engage with the brand – from licensed versions of the game to a robust consumer products portfolio. The new Monopoly Slots offering is one of many innovative collaborations between Hasbro and SG Social, and we look forward to continue working in tandem to bring the best possible gaming experiences to our fans nationwide.”