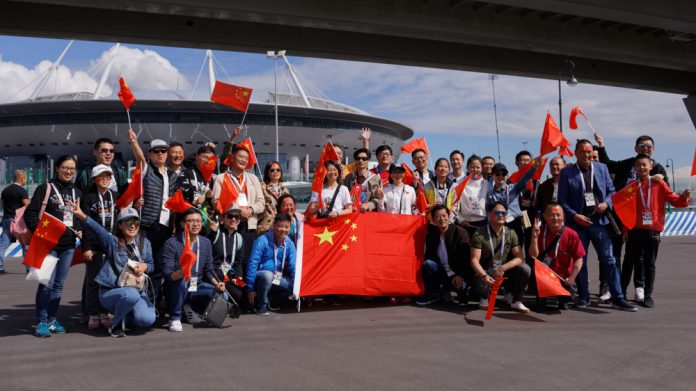 The FIFA World Cup is expected to have generated $10bn worth of bets through China’s sports lotteries this year, four times the total recorded during the 2014 tournament.

The first two weeks of the competition saw $2.8bn placed on match outcomes, with $1.7bn being spent purely during the second week, dwarfing the $13.9bn spent on bets during the entirety of 2017.

The popularity of betting has also been significantly increased by the availability of social media channels dedicated to the World Cup.

“The wider use of social media is encouraging lottery sales,” said Li. “A lot of people also want to show off how they picked the right result by showing off amongst their WeChat friends.”

However, as of 11 July, WeChat, the country’s leading messaging and online payment app, deleted 50,000 accounts and 8,000 group chats that mention gambling or the act of betting.

“We appeal to the majority of users to watch the World Cup rationally, and keep away from gambling,” said a statement from the company.

The move follows a crackdown on un-sanctioned betting by China’s ruling Communist party in Beijing, begun in 2015, which WeChat observed caused “some betting activities to migrate to social platforms.”

The arrests followed a similar detention of 52 people in February, supposedly involved with online gambling.

Football looks set to only grow in popularity for Chinese gamblers, and though the country has not fielded a World Cup team for 16 years, Beijing would do well to recognise the potential of the off-pitch market.