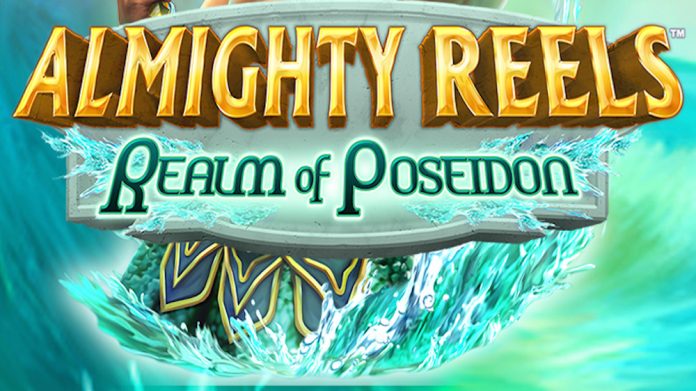 Novomatic-subsidiary Greentube has announced the launch of its latest online slot, Almighty Reels – Realm of Poseidon, a Greek mythology-inspired title available for all B2B partners.

The game development company’s new slot features the legendary Greek god of the sea and the protector of all waters Poseidon, overseeing 25 win lines on five reels from his Golden Temple, located in the depths of the ocean.

“The game’s symbols are eagerly waiting to stretch across three entire reels, and flood the player’s account with colossal Twist wins in this underwater adventure,” said a statement from Greentube.

“But, players should be aware of trying their luck too hard as Poseidon is considered one of the most bad-tempered, moody and greedy Olympian gods.”

The aim for players in Almighty Reels – Realm of Poseidon is to line up five matching winning symbols on one of the multiple lines that pay from the left to the right.

The title’s Wild symbol is represented by Poseidon’s own palace, the Golden Temple, and acts as a substitute for all symbols in the game, except for the Golden Coin Scatter symbol, which, when activated during gameplay, will only land on reels two, three, and four.

After the Golden Coin Scatter symbol has landed, ten free games with the Giant Bonus symbol are automatically triggered, but only when the Scatter appears entirely and stretches across nine of the reel positions.

Before Almighty Reels – Realms of Poseidon’s free games commence, the Cornucopia, the Harp, the Vase, the Helmet or Poseidon are randomly selected by the game mechanic as Giant Symbols.

During the title’s free games, any one of these ancient Greek mythology inspired-symbols can appear on reels two, three and four, and when they do, will assure an increased prize pot for the player.