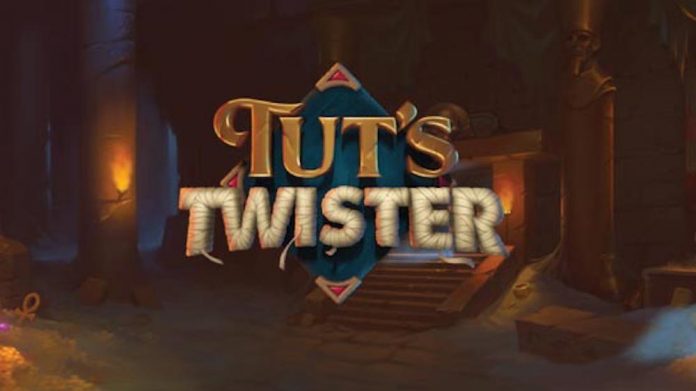 Yggdrasil Gaming has launched its latest slot Tut’s Twister, based on the return of the legendary Egyptian pharaoh as a swirling desert sandstorm.

The online game developer’s new title uses a mixture of animations and a variety of wild-based special features to take players back to the ancient world, utilising Tutankhamun’s twister to grow wins by increasing the number of wilds.

“Tut’s Twister takes a new spin on the walking wilds mechanic, combining it with multipliers and respins in a way which sends players on winning streaks with an exponentially increasing win potential,” said Yggdrasil Gaming’s head of slots Jonas Strandman.

The game’s main feature is Tut’s Twister, which is triggered once the player hits at least two wilds, with the resurrected King Tutankhamun transforming into the sandstorm, creating a reel-tall column of wilds.

The vortex will continue to consume wilds on the reels, awarding respins and multipliers as it continues to grow out of control, finally unleashing all absorbed wilds back onto the reels for increased wins.

“The fantastic ambience created by our art team, combined with a mechanic which always keeps decent sized wins in sight, is sure to create an army of fans for this epic game,” added Strandman.

The game is built on Yggdrasil’s proprietary HTML5 client framework iSENSE2.0+, developed to create a seamless game play experience for players on both desktop and mobile devices.

Tut’s Twister is also equipped with the company’s collection of in-game promotional tools BOOST to increase player retention, as well as the social media feature BRAG, which allows players to broadcast their best recorded gameplay via social media channels.