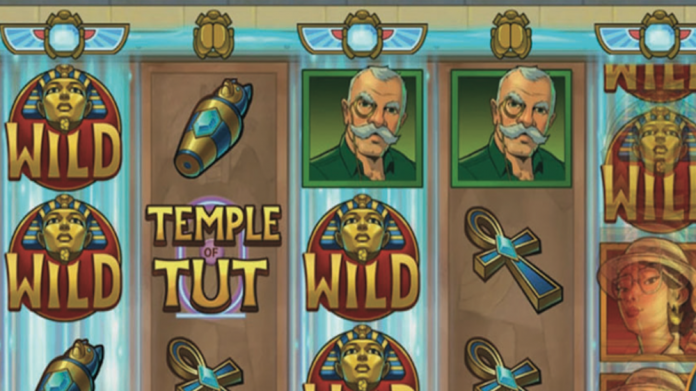 Following the successful launch of Goldwyn’s Fairies in 2017, Microgaming and Just For The Win studio have continued their partnership with two new ancient civilization themed titles.

Microgaming has announced the release of two new historic-themed titles developed by studio partner Just For The Win, Temple of Tut and Amazing Aztecs.

The first, a 5×3 reel ten payline slot, invites players into Tutankhamun’s treasure chamber with three explorers who act as symbols, alongside The Eye of Horus and other ancient artefacts, paying both ways and featuring free spins and Super Reels with stacked wilds.

The Super Reels can randomly appear in the base game to activate rewards, with light beams and golden scarabs providing up to five Super Reels in a spin, each containing 50 percent stacked wilds, while landing three or more scatters triggering up to 30 free spins.

“Pharaoh Tutankhamun’s chamber awaits players in Temple of Tut,” said Tiger Holmgren, chief product officer at Just For The Win. “It is a game that pairs stunning graphics with lively animations that bring the Super Reels feature and Free Spins to life.”

Amazing Aztecs, a 5×3 reel, 243 ways game inspired by the ancient South American civilisation, offers players the chance to hunt for treasure alongside the Chief, the Hunter, the Shaman and the Princess.

As part of the game mechanic, players activate the new Giant Respin feature, where 2×2, 3×3 and 4×4 Giant symbols activate a cascade of golden coins when the player lands a winning combination.

“Any win in the game can trigger a Giant Respin with Giant symbols containing four, nine and sixteen normal sized symbols that guarantee a win,” said Holmgren. “Vivid artwork and brilliant sounds come together beautifully in this slot to create an entrancing experience whenever the Giant symbol lands on the reels.”

“We are following up our previous successful releases of Goldwyn’s Fairies, Lucky Links and Deco Diamonds with not one, but two thrilling adventures available exclusively to Microgaming.”